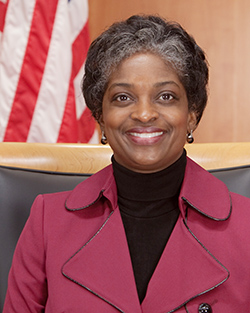 WASHINGTON — The heads of four leading prison phone providers are speaking out against new federal rules that would cap inmate phone call rates. In a joint statement to the Washington-based Federal Communications Commission (FCC), the companies claimed the regulatory changes would have “devastating” effects on their operations.

In their Oct. 15 letter, Brian D. Oliver, chief executive officer of Global Tel*Link Corp.; Richard A. Smith, chief executive officer of Securus Technologies Inc.; Curt Clifton, vice president of government affairs and strategic planning for Telmate LLC; and Vincent Townsend, president of Pay Tel Communications Inc., wrote that their companies “would suffer irreparable, immediate harm” under the regulatory approach described in the fact sheet “Ensuring Just, Reasonable, and Fair Rates for Inmate Calling Services.” The company heads added that, “this harm would be sufficient to support a stay of the order in court.”

The caps were recommended by Federal Communications Commission (FCC) Chairman Tom Wheeler and Commissioner Mignon Clyburn to ensure “just, reasonable and fair” rates for all local, long distance and international calls made by inmates. Wheeler and Clyburn seek to limit or ban excessive fees on calls, citing research that shows contact between inmates and their families and loved ones during incarceration helps reduce recidivism rates. These reforms are intended to help inmates and their families stay in touch by making calling more affordable, in turn benefitting society as a whole by helping inmates transition more smoothly back into society upon their release, according to the FCC fact sheet.
In addition to the price caps, the FCC changes would also work to discourage commissions paid to correctional and detention facilities by inmate phone services companies to employ that company’s services. While correctional facilities say these funds are generally dedicated to covering administrative, monitoring and security costs related to housing and operating the technology, several senators have compared the payments to kickbacks, according to The Hill.
Should the new regulations be approved, companies would no longer be able to factor in those commissions when setting phone rates, which the companies contend would impact their ability to recoup costs. On Sept. 28, the group submitted a proposal to the FCC that shifts away from commissions in favor of small, per-minute fees on inmate calls.
Commissioner Clyburn countered the argument in a Sept. 30 statement. “Since our 2013 Order, we’ve been collecting information and monitoring implementation of the new rules, and the evidence overwhelmingly supports taking additional steps to protect consumers,” she wrote. “The interim rate caps we adopted in 2013 have resulted in higher volumes of interstate calls: 70 percent in some cases. These data confirm what should already be obvious: unaffordable rates discourage contact while a more affordable regime promotes communication.”

In her statement, Clyburn also took aim at what she called an increase in additional fees and charges related to opening accounts, adding money to existing accounts, closing accounts or even refunding money to an account. She also addressed concerns that changes could impact security.

“The FCC’s rate caps would fully accommodate the security requirements of inmate calling. These caps also would provide sufficient revenue for correctional institutions to recover the costs of providing calling service and a fair return for providers while delivering reasonable rates for inmates and their families,” Clyburn added. “Additionally, the order would put in place a process by which the commission will continue to collect and monitor data on rates and fees, and consider whether to revisit and further adjust these reforms based on the evolution of the market.”