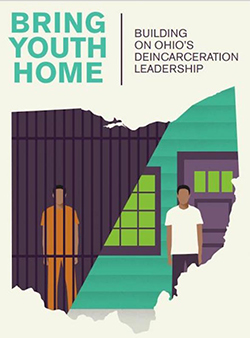 In the early 1990s, the state of Ohio was balancing a youth offender population of 2,500 and was poised for a near crisis in youth offender management. However, a report by Juvenile Justice Coalition released on Oct. 26 highlighting Ohio deincarceration programs showed the state is now leading the way in rehabilitating this unique population, at a significant cost savings to taxpayers.

Ohio implemented a pilot incentive and diversion program for youth in local courts in 1993 after 1992 figures showed the state was headed for a youth prison population of 4,000. The programs provided youth with access to mental health and family counseling as well as substance abuse treatment program aimed to keep them closer to home and out of the system.

Today, the state maintains a youth offender population of fewer than 500 as a result of its “significant investments in redirecting youth to community-based alternatives that are less expensive and more effective than locked facilities,” according to the Juvenile Justice Coalition report “Bringing Youth Home: Building on Ohio’s Deincarceration Leadership.” The report is designed to provide other jurisdictions guidance on how to follow Ohio’s model youth deincarceration model.

The Juvenile Justice Coalition report notes that incarcerating youth offenders is expensive and can have detrimental long-term impacts to the child’s wellbeing, ability to succeed in future school or job settings and odds of reoffending. Since the 1990s, the state’s Department of Youth Services has implemented five state-based funding strategies to support local courts in reducing youth incarceration, according to the report. These strategies have largely contributed to the state’s 80 percent decrease in its juvenile corrections population.

An incentive program known as Reclaim is primarily credited with the drop, and allows youth to serve time locally instead of in a correctional facility far from their home and support system. In 2005 the state adopted evidence-based programs for youth ages 10-18 who also experienced mental health or substance abuse issues. The program, which serves approximately 250 youth offenders annually, has seen lowered rates of recidivism, a decrease in trauma symptoms and substance use and improvement in both educational outcomes and overall functioning, according to the report.

New iterations of the already successful Reclaim program include Targeted Reclaim, which works with youth with felony offenses in counties with the highest number of youth sent to correctional facilities, and Competitive Reclaim which debuted in 2015. Competitive Reclaim relies on a combination of diversion programs for low-risk youth, intervention programs for moderate- to high-risk youth, and multicounty collaborations to increase in-home treatment options, according to the report.

The report found the state’s success lay in its ability to tailor programs according to risk rather than offense as well as the fact that state justice officials have embraced programs that are research-supported and outcome-based. Tracking youth demographics and recidivism rates has better informed decision-making, and all of the state’s programs include a feedback or technical assistance components to address needs, measure success, ensure fidelity and create “the most positive use or reinvestment of juvenile justice dollars,” according to the report.

Additionally, the report points to the level of collaboration that exists between courts and other stakeholders, which largely eliminates duplication of efforts and creates a more effective continuum of care for youthful offenders. The report also credits the state’s consistency in funding, developing and advancing community-based alternatives, and it’s recognition of each local jurisdiction’s unique youth management needs and strengths.

The full report is accessible on the Juvenile Justice Coalition’s website at www.jjohio.org.