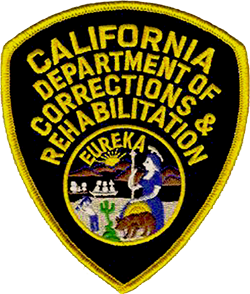 SACRAMENTO, Calif. — California Governor Jerry Brown signed the state’s 2016-17 budget approved by state lawmakers on June 27. The about $170 billion budget includes an additional $270 million for jail construction, despite the fact that Assembly and Senate budget subcommittees rejected this funding in May.

“There’s going to be an end to the jail construction binge, and we ought to look at more cost-effective ways of reducing recidivism and reducing crime,” Senator Jim Beall, D-San Jose, who voted to remove the funding, told CBS Sacramento.

The state has reduced its inmate population by 30,000 inmates since 2012 as part of Gov. Brown’s The Future of California Corrections plan, which was created to meet a court mandate to reduce prison overcrowding as well as help improve criminal sentencing and save billions of dollars. Despite the significant decrease in inmate population, the state’s 2016-17 corrections budget is the largest ever, totaling more than $10 billion.

The state has already authorized $2.2 billion of state money on jail construction since 2007, which is why the Assembly and Senate budget subcommittees opposed the $270 million addition. More than 40 counties are currently building new jails, totaling 14,000 new beds. The state also spends an additional $1 billion annually outside the corrections budget to help counties implement sentencing alternatives and handle higher numbers of offenders serving time in county jails.

Instead of approving the jail construction funding, the California Senate Budget Subcomittee voted to redirect funds to prevention, diversion and re-entry programs, especially since the state continues to pass reforms that ease overcrowding. Proposition 47, passed in November 2014 to decrease prison crowding by reclassifying certain felony crimes as misdemeanors, reduced jail populations by about 10 percent. Other reforms such as Senate Bill 966, part of the Medical Marijuana Regulation and Safety Act, repeal the sentence enhancement for prior drug convictions, resulting in a significant reduction in extreme sentences for inmates who serve time in county jails.

The final budget includes the $270 million because the governor and county governments insist the construction money is necessary to update dilapidated jails. Competitive grants will again be available to 20 of the state’s 58 counties that either received partial funding in previous years or never had state help to replace or renovate jails, according to CBS Sacramento. This portion of the budget also includes $20 million for Napa County’s jail, which was damaged in a 2014 earthquake and $28 million set aside for mental health and substance abuse treatment as part of Prop 47.

The governor decided to add the $270 million to the state’s jail construction program for several reasons, including the fact that the state still hasn’t closed the California Rehabilitation Center in Norco. The rundown facility, which opened in 1962, had been scheduled for closure by the end of 2016; however, Gov. Brown’s 2017-17 budget proposal temporarily extends operations in order to stay below a federal cap on the state’s inmate population.

The state has also yet to end out-of-state private prison contracts, and court rulings requiring the state to spend billions improving medical care. In 2013, the state opened the California Healthcare Facility in Stockton, designed for inmates who need long-term inpatient medical care and mental health services. The facility costs $295 million annually to run as well as faces increased costs for prescription medications such as $60.6 million a year for Hepatitis C treatments.

Personnel costs are also high, as the state has about the same number of positions it did five years ago with nearly 30,000 less inmates now. Gov. Brown’s 2012 plan introduced a model to standardize staffing according to a facility’s physical layout, placing guards and other personnel at different prisons throughout the system based on their security level.