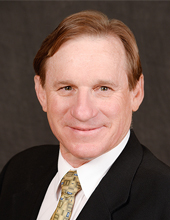 Gregory L. Erny, NCARB, AIA, was recently elected first vice president/president-elect of the National Council of Architectural Registration Boards (NCARB). By virtue of his election, Erny will become NCARB president in July 2017. Erny was first appointed to the Nevada Board of Architecture, Interior Design and Residential Design in 1996, serving as chair from 2011-2013. Since 2008, Erny has served in several positions on the NCARB Board of Directors, including terms as second vice president, secretary and regional director of NCARB’s Western Conference. Erny opened his own practice, Architects + LLC, in 1983 and continues to serve as president. Erny is also a member of the American Institute of Architects (AIA), having served as president of AIA Northern Nevada and AIA Nevada, and as a current member of the AIA Northern Nevada Scholarship Committee. He graduated from Ball State University with bachelor’s degrees in both environmental design and in architecture.