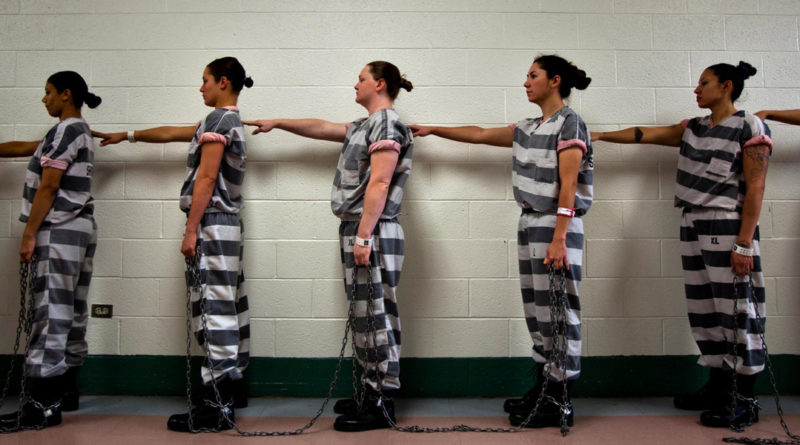 WASHINGTON — More and more women are being held in local jails, and the disadvantages which in many cases contributed to their incarceration — such as trauma, behavioral and physical health needs, single-parenthood and poverty — are often exacerbated while in custody, according to a new report released Aug. 17 from the Washington-based Vera Institute of Justice.

The report, “Overlooked: Women and Jails in an Era of Reform,” shows that since 1970, the incarceration rate for women has increased exponentially, and that women are now being incarcerated at a faster rate than men. Study authors Elizabeth Swavola, Kristine Riley and Ram Subramanian, write that since 1970, the number of women in jails nationwide has increased 14-fold — from less than 8,000 to nearly 110,000 — and that women in jails now account for approximately half of all incarcerated women in the United States.

Despite what the researchers call “alarming trends,” they note research on why women are increasingly incarcerated in U.S. jails is “scarce, dated and limited in scope.”

Study authors add that while jurisdictions across the U.S. are now investing in diversion programs to combat issues such as “overcrowding, escalating expenses, and increasing evidence of jail’s harmful impact on individuals and communities,” most diversion and jail alternative programs were developed almost exclusively based on research conducted on male inmates.

“With little data and scant examination of just who the women in jail are and how they got there, it is not surprising that recent innovations to craft smarter, more targeted use of jails do not account for the realities of women’s lives,” wrote Fred Patrick, director of the institute’s Center on Sentencing and Corrections, in a statement.

Like male inmates, researchers determined that female jail inmates are generally “disproportionately people of color, overwhelmingly poor and low-income, survivors of violence and trauma, and have high rates of physical and mental illness and substance use.”

Nearly 80 percent of female jail inmates are mothers, but unlike incarcerated men, they are generally solely responsible for their children. Most are charged with lower-level offenses and tend to have less extensive criminal histories than their male counterparts. Once incarcerated, however, the authors add that female inmates “must grapple with systems, practices and policies that are designed for the majority of the incarcerated population: Men.”

Although some jurisdictions have begun to focus on the particularly destabilizing effect jail incarceration has for women, their families and their communities, women frequently remain an afterthought in discussions about jail reform, the authors note. Additionally, with limited resources, jails are often ill equipped to address the challenges women face when they enter the justice system, leaving them ill prepared for a successful re-entry.

“The gaps in research on these challenges underscore the urgent need for expanded data-collection about women in the justice system as the basis for future evidence-based analysis and policymaking,” the authors conclude.

This report is one of a series that the Vera Institute of Justice is releasing together with the Safety and Justice Challenge, an initiative funded by the John D. and Catherine T. MacArthur Foundation that aims to reduce over-incarceration by changing the way America thinks about and uses jails.