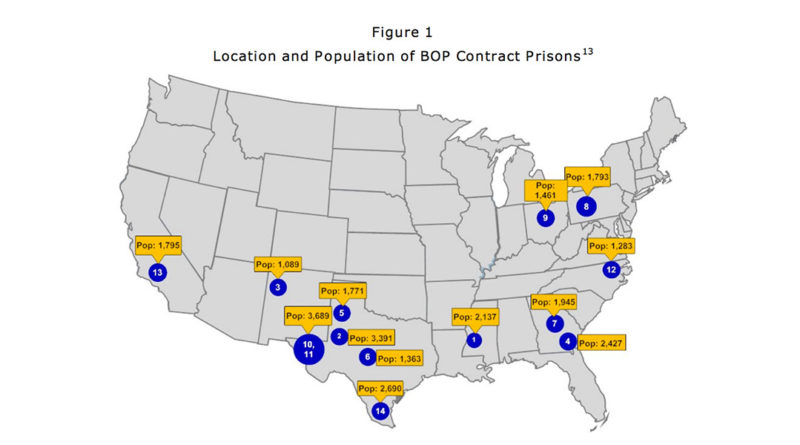 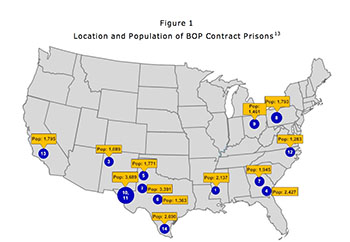 WASHINGTON — Deputy Attorney General Sally Q. Yates instructed in a memo last week for Federal Bureau of Prisons (BOP) officials to either decline to renew the contracts for private prison operators when they expire or substantially reduce the contracts scope, according to The Washington Post. The ultimate goal is to end the use of privately operated prisons, she wrote.

Yates issued these instructions just a week after the U.S. Department of Justice’s Office of the Inspector General released its Review of the Federal Bureau of Prisons’ Monitoring of Contract Prisons, which deemed private prisons less safe and less effective at providing correctional services than those prisons run by the government.

The review analyzed data from the 14 (at the time) privately contracted prisons in comparison to a select group of 14 BOP institutions to evaluate performance. The analysis included data from all institutions between 2011 and 2014 in eight key categories: contraband, reports of incidents, lockdowns, inmate discipline, telephone monitoring, selected grievances, urinalysis drug testing and sexual misconduct. The contract prisons had more incidents per capita than the BOP institutions in all categories, with the exception of having fewer incidents of positive drug tests and sexual misconduct.

“[The private prisons] simply do not provide the same level of correctional services, programs and resources; they do not save substantially on costs; and as noted in a recent report by the Department’s Office of Inspector General, they do not maintain the same level of safety and security,” Yates wrote.

While Yates’ directive is significant for the federal prison system, it does not apply to state prisons, even ones that are privately run, even though a majority of inmates are housed there. It also doesn’t apply to Immigration and Customs Enforcement and U.S. Marshals Service detainees, who are part of the federal system but not under the supervision of the BOP.

It is only limited to the 13 private prison facilities still in operation, which now houses about 22,660 inmates (or about 12 percent of the BOP’s total inmate population). These facilities hold mainly low-security men with 90 months or less time left to serve on their sentences, according to the review. All of the contracts for these facilities will come up for renewal in the next five years, and at that time, will need to be reduced or allowed to expire, according to Yates’ directive.

BOP began contracting with privately operated correctional institutions about a decade ago to accommodate the federal prison population, which increased by almost 800 percent between 1980 and 2013. The private prisons are mainly operated by three private corporations: Corrections Corporation of America (CCA), GEO Group Inc. (GEO) and Management and Training Corporation (MTC).

After the announcement, shares for CCA and GEO dropped 35 percent and 39 percent, respectively. These drops happened even despite the fact that the BOP correctional facilities only make up a portion of their business. For instance, they only account for 7 percent of CCA’s business.

“The Inspector General’s report used to buttress this decision has significant flaws,” said CCA Spokesman Jonathan Burns in an email to Time Inc. “And they failed to account for the impact of elements such as population demographics or the scope and efficacy of efforts to mitigate contraband. The findings simply don’t match up to the numerous independent studies that show our facilities to be equal or better with regard to safety and quality, or the excellent feedback we get from our partners at all levels of government.”