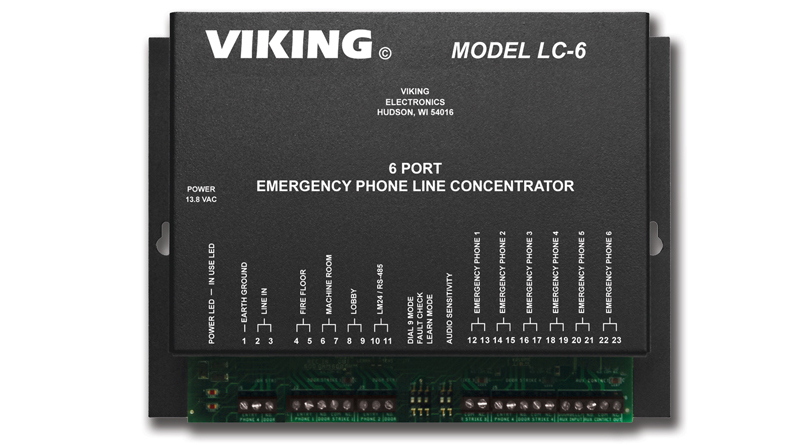 The LC-6 Line Concentrator allows six emergency phones to share a single analog phone line. When used in combination with Viking’s 1600A Series emergency phones, the line concentrator becomes a central part of the emergency notification system or area of refuge application. The LC-6 eliminates operating expenses for additional analog phone lines traditionally purchased to comply with emergency regulations. Six emergency phones can connect to the LC-6 for use with a single analog C.O. line or analog station port. The emergency phones can be routed to an internal Command Center phone, a Machine Room phone, or the telephone line can be used to communicate outside the building. In accordance to ASME A17.1, the LC-6 has the ability to check the incoming telephone line for operability on a daily basis. Once a call is connected, additional emergency calls are bridged onto the existing call. Emergency personnel calling the LC-6 will be automatically routed to the phone that placed the most recent emergency call. Incoming calls can also be routed by touch tones to a specific location.