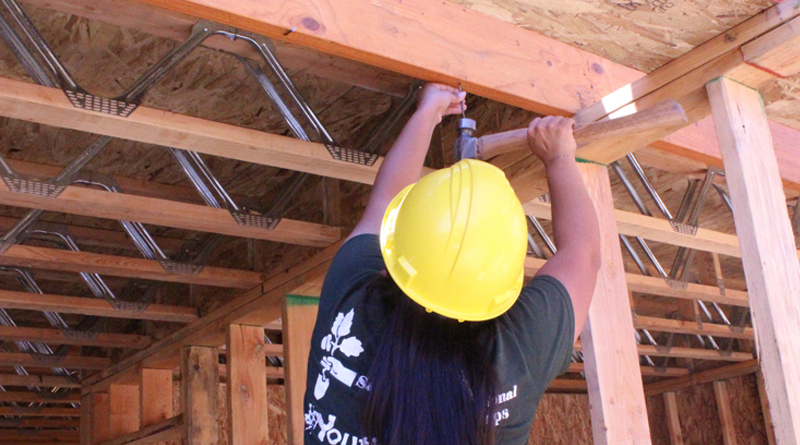 SACRAMENTO, Calif. — California parolees are taking advantage of a program facilitated by a nonprofit and state partnership to build new futures — literally.

Since 1993, Northern California Construction Training Inc. (NCCT) has provided a building trade pre-apprenticeship training program that helps prepare men and women for entry into various construction apprenticeship programs. Though the training program is open to anyone, through a partnership with the California Department of Corrections and Rehabilitation (CDCR), many of the graduates are former prison inmates. Moreover, they’re acquiring valuable training at a time when the construction industry is desperate for skilled labor.

NCCT, a non-profit community-based organization, holds a general contractor’s license and boasts a teaching staff comprised of credentialed teacher-trainers experienced in the construction industry. During the program, students receive unpaid training in the classroom as well as hands-on building experience in construction trades while working under the supervision of a journeyman carpenter.

The program’s recent numbers are promising: This past June, the 2017 Northern California Construction Training program in Rancho Cordova helped 150 program graduates preparing for careers in the building industry. Nearly 85 percent of this year’s graduates have been placed in construction trade jobs. Likewise, 17 students have earned their high school equivalency certificates (GED or HiSet).

Another benefit of the construction training program is the possible reduction in parolee recidivism. “There are many factors that influence whether an inmate returns to crime or not, but we do believe that one significant factor in reducing recidivism is a former inmate having a stable life and a sense of purpose,” said Bill Sessa, a CDCR information officer. “A job provides that. That is why we offer so many vocational education programs in most of our prisons.”

Similar to the NCCT program for parolees, CDCR provides programs specifically for inmates. “Our Inmate Ward Labor program gives inmates an opportunity to learn basic construction skills in a certification program that can lead to pre-apprenticeships when they leave on parole.   Those inmates work on construction projects in the prison under the supervision and training of journeymen in various trades,” said Sessa.

Additionally, Sessa added, the Prison Industry Authority has agreements in place with trade unions to accept inmates who graduate from its construction-training programs. “All in all, inmates who participate in these programs have a positive attitude about changing their lives when they leave prison, which is why they volunteered to be in the programs,” said Sessa, who added that the programs also improve the quotidian life of the inmate by providing a sense of purpose while they serve time.

“It also gives inmates a sense of worth during the time they are working inside the prison, which improves morale and improves the overall day-to-day experience of being in prison,” concluded Sessa.