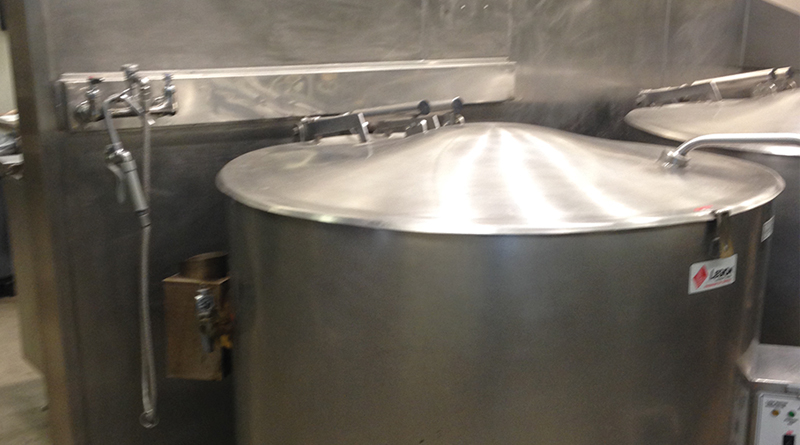 In today’s litigious society, we are always looking for blame and deflection of responsibility, especially in jail design and construction. No project is perfect. In our combined 60 years of experience, neither of us has worked on a perfect project. Stuff happens. It is with how that “stuff” is dealt that translates to success or the lack thereof.  If the egos and fear of litigation are cast aside and the issue at hand takes center stage, one can address the issues that arise during the design and construction processes with much greater effectiveness and efficiency. Hopefully, our following example succinctly illustrates this idiom.

In 2012, the county of Santa Barbara, Calif., embarked on a feasibility study to renovate Santa Barbara County Main Jail’s kitchen, addressing specifically the sewer and mechanical deficiencies that historically plagued the facility with backups and health compliance citations. General Services Facilities Maintenance chased the problems, patched together incremental repairs, scoped and estimated piecemeal projects that envisioned removing equipment and repairing infrastructure, in hopes of reinstalling equipment that had far outlived its serviceable life. As is often the case, a project’s true cost does not equal the sum of its parts, i.e., a proposal for a sewer line repair or new electrical does not consider the flooring, ceiling, and other areas impacted, not to mention the improbability of reinstalling, and warranting jury rigged equipment after the work is complete.

The county’s General Services Capital Projects Group was charged with addressing the project as a whole and sought assistance from AECOM in order to analyze the kitchen, looking at two options: one, to make repairs and replace equipment within the existing mechanical layout and another, a more extensive holistic renovation option. It was no surprise cost wise that the team proceeded to renovate the kitchen using the existing layout. The resulting project, completed in summer of 2015, drastically improved the kitchen’s functionality.

Kitchen projects are a cornucopia of coordination issues; vendors point to one another in instances where the end result is less than satisfactory. A deliberate decision was made during the initial phases to incorporate equipment purchases into the contractor’s scope and avoid coordination risks, despite potential disadvantages. This would also ensure electrical, water, drains, etc., coordination by a single entity. Unfortunately, the project was still subject to responsibility silos inherent in low-bid project delivery. The ink was barely dry on the certificate of completion when staff began experiencing issues with the new kettles and hood exhaust system. The steam produced by the kettles wafted everywhere but within the hoods, and formed clouds of moisture enveloping the space. Troubleshooting began with air balance and a properly functioning exhaust system. Minor issues were thought to comprise the problem. Each subcontractor, vendor and the general contractor did its part to address warranty items, with the architect and manufacturers opining on recommended courses of action. Surely, the problem would be solved. But alas, this was not to be.

The owner bounced between opinions, as the referee in a pinball game where all parties’ work was supposedly completed and the owner had little leverage. The county was busy conducting experiments — lids closed, no lids, mechanical machinations — all with no improvement.

The documents were scoured, submittals examined and meeting minutes perused in an effort to look for fault. The documentation and completed work may not have agreed, but the final product was accepted by all. Although an option, to involve the courts at this point would have been tantamount to a three-way loss. Another course had to become available even after all of the parties left the site without conclusive agreement.

Fortunately, the team had all previously worked together. Together, we decided to observe the project through fresh eyes leaving prior opinions and egos at the door. For whatever reason, one of the kettles was mounted too close to the edge of the hood. As such, there was steam escaping from the side of the hood and lingering in the air eventually settling as moisture on the floor. The kettle had to be moved; however, there was a faucet and stainless steel plumbing protection blocking the move. This prevented the end kettle in question from being moved further under the hood. It was asked if the team could relocate the faucet to the outside since the middle kettle is serviced by either faucet. From there, AECOM would revise the drawings and relocate the center-mounted faucet to the edge allowing the kettle to be moved further under the hood. The county contracted with a plumber for $3,000 based on the AECOM drawings.

For the entire article, read the July/August issue here.