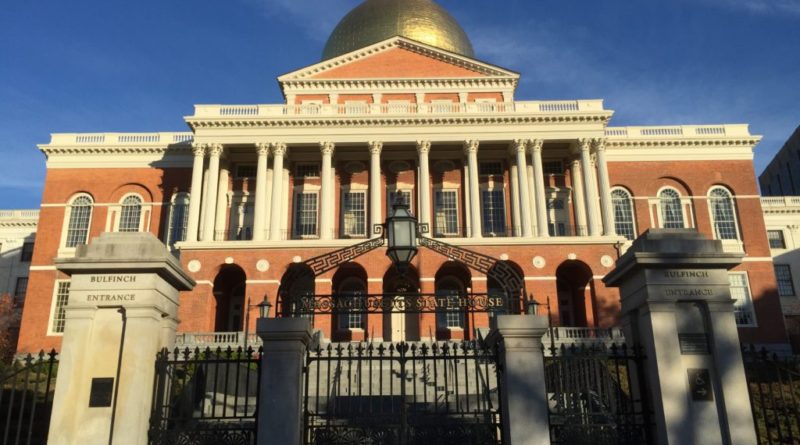 The Massachusetts Senate approved legislation on Friday, Oct. 27 for a criminal justice reform bill that calls for a sweeping overhaul of the state's criminal justice system. Photo Credit: Wikimedia Commons

BOSTON — The Massachusetts Senate approved legislation on Oct. 27 for a criminal justice reform bill that calls for a sweeping overhaul of the state’s criminal justice system. The Democratic-controlled Senate voted 27-10 in support of the bill around 1:30 a.m. after hours of debate that started on Thursday on dozens of proposed amendments.

Four Democrats — Senators Eileen Donoghue, Anne Gobi, Kathleen O’Connor Ives and Mike Rush — joined the chamber’s six Republicans in opposing the final version of the bill (S 2185). Sen. Marc Pacheco, a Democrat, was not in the chamber for the final vote.

The new legislation is being framed by Senate leaders as alternatives to incarceration and to lower the number of people who return to prison after committing new crimes. If approved, it would continue a pivot for the state away from tougher sentencing laws that originally stemmed from the “war on crime” that began during the 1950s and have continued since. Those most disproportionately impacted by the tougher sentencing are minorities and the poor, according to supporters of the bill, with the new measure intended to reverse those impacts.

“We have to lift people up, not lock people up,” said Democratic Sen. William Brownsberger, co-chair of the Legislature’s Judiciary Committee, early in the debating process on Thursday.

The measure — which still faces several more hurdles in the Legislature — eliminates most mandatory minimum sentencing for drug offenders. At the same time, the bill will also  increase penalties for trafficking in fentanyl — a synthetic opioid that has been assigned responsibility for escalating the opioid addiction epidemic.

The 113-page bill would revamp the state’s bail procedures, lower court fees and fines for low-income defendants and raise the threshold for felony larceny from $250 to $1,500. This change would likely mean more thefts would be charged as misdemeanors rather than felonies.

Other provisions in the bill would impact the way children and young adults are treated in the court system and how solitary confinement is used in state prisons. For example, it would raise the age that defendants are automatically treated as adults from 18 to 19. In doing so, it would decriminalize student behaviors, such as disrupting a school assembly, and would exclude from statutory rape laws consensual sex between minors close in age.

Critics of the new bill claim that Massachusetts already has lower rates of overall crime and incarceration than the U.S. as a whole, making the bill an unnecessary risk in their eyes — especially language in the bill that could mean early release from prison for convicted heroin dealers. A majority of the state’s district attorneys wrote to Senate leaders the week preceding the legislative meeting, arguing that the bill “largely ignores the victims of crime, and puts at risk the undeniable strides and unparalleled success of Massachusetts’ approach to public safety and criminal justice for at least the last 25 years.”

The legislation will next move to the House, where leaders have generally favored more modest changes to laws than their Senate counterparts. As an effort to prevent such risks from becoming reality, Republican Gov. Charlie Baker urged lawmakers to take immediate steps to address the deadly influx of fentanyl and carfentanil into the state. Regardless of the outcome of the bill, it may be a minimum of months before the criminal justice bill reaches Baker’s desk.