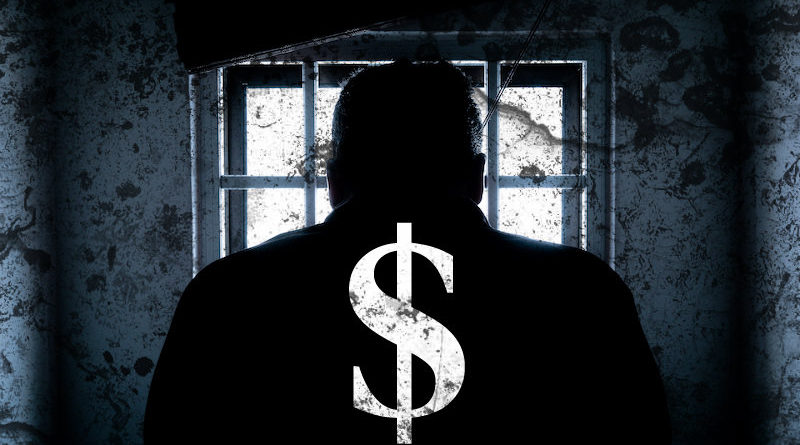 Detainees in some private facilities earn as little as $1 a day for their labor. Source Photo Credit: Donald Tong.

CONROE, Texas — “Time is money” unless you’re doing time in a privately run prison where detainee labor can amount to little more than $1 a day. Such might be the case at a facility in Texas contracted by Immigration and Customs Enforcement (ICE), according to a recent report by National Public Radio (NPR)

A behemoth in this industry is the GEO Group with “management and/or ownership of 140 correctional, detention and community re-entry facilities encompassing approximately 96,000 beds,” according to its website. GEO is the nation’s largest private prison company and is annually paid $32 million a year to house, feed and provide medical care for a 1,000 detainee by ICE and the U.S. Marshals Service. Despite these earnings, at its Joe Corley Detention Facility in Conroe, Texas (north of Houston), it pays detainee labor $1 per day, claimed at least one inmate.

“I believe contractors save a lot of money by using detainee labor because they’re performing work that would otherwise have to be performed by paid employees,” former director of the Office of Policy and Planning at ICE Kevin Landy told NPR. He also advocated for raising the pay rate, which has remained $1 per day since the early ’70s.

Landy has also been critical of the Trump administration and its position on detention reforms, which have stalled since the Obama administration. For its part, GEO refutes the criticisms. In a statement released by GEO, the company said it “has a long history of providing culturally responsive services in safe and humane environments that meet the needs of individuals in the care and custody of federal immigration authorities as confirmed in the U.S. Department of Homeland Security Advisory Council report in 2016 on privately operated ICE facilities.”

As previously reported in Correctional News, ICE has requested five additional privately run immigrant detention centers. The prospective facilities will hold “criminal aliens” and other immigration violators in support of a public safety mission under the authority of the Immigration and Nationality Act (INA). There are also provisions to ensure inmate safety, which are detailed in the RFI available from FedBizOpps.gov