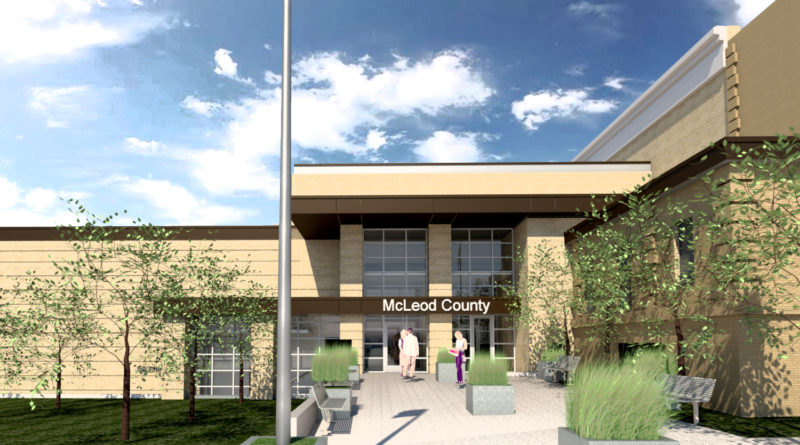 Phase I of the McLeod County jail expansion in Glencoe was completed as of Dec. 27.

GLENCOE, Minn. — Phase I of the McLeod County jail expansion in Glencoe was completed as of Dec. 27. With plans for the facility expansion to be completed by spring 2018, the project is on track and running on time.

Wold Architects & Engineers, based out of St. Paul, Minn., is the architect of record on the project, with the Contegrity Group based out of Little Falls, Minn., serving as the construction manager. The 43,000-square-foot facility expansion has a budget of $7.7 million.

The project started as a feasibility study in fall 2013, was approved for design in March 2014 and then construction started in spring 2016, according to John McNamara, AIA, LEED AP, partner with Wold Architects & Engineers. The project was primarily envisioned to improve safety and security for the attached courthouse and to provide needed separation of in-custody detainees and the public. As part of an overall security plan, McLeod County determined that it was time to address space deficiencies in the existing jail that included a lack of program space, video visiting space for inmates, pre-booking space for local law enforcement and overall lack of storage in the facility.

“This project was long in the planning and implementation due to careful consideration by all stakeholders including the county sheriff, the county board and the county administration, with the sole focus being to improve the safety and security of the courthouse and to discontinue housing inmates in other facilities,” said McNamara.

Additionally, the county was lacking in jail bed space and was paying to house inmates in neighboring counties. The addition of more jail beds will allow McLeod County to keep inmates local and in a secure environment accessible to the court system while reducing operating costs, according to McNamara.

The design solution for the facility included two new flexible housing units that included “sub-dayrooms” that allow for better management of inmates within the housing unit rather than having to build additional jail beds in alternate locations to accommodate behavior issues in the population.

In addition, creation of the new public entry to the building provided an opportunity to add a weapons-screening station for the sheriff’s office and to provide a handicap-accessible entrance to the courts and law enforcement center. The new secure entry is a three-story space that connects to the sheriff’s department, county administration and to the courts.

“Of significance on this project was a commitment of a local business owner, Annamarie Tudhope, to the construction of a jail facility to be located in the city of Glencoe,” said McNamara. “Annamarie Tudhope donated a portion of her estate — around $3.5 million — specifically earmarked for this project. There will be a dedication plaque installed recognizing her selfless contribution towards the addition and renovation of this facility for the citizens of McLeod County.”