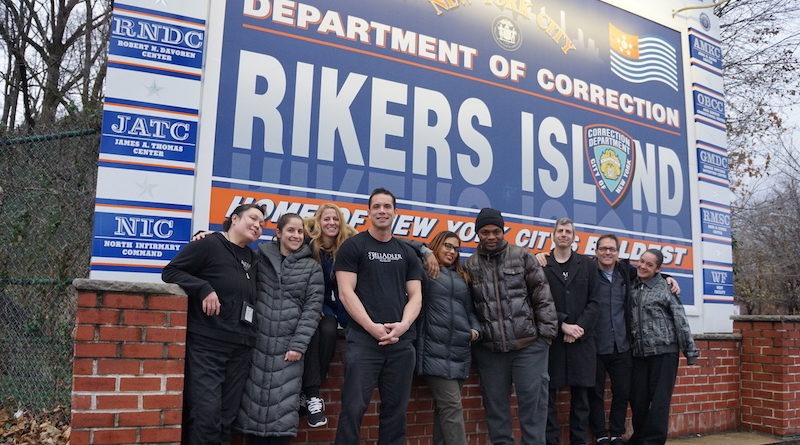 NEW YORK — Tupac, Sid Vicious, Lil’ Wayne — all three of these marquee names in contemporary culture have done time at Rikers Island, the infamous (not notorious) correctional complex a jump across the East River from La Guardia airport in New York City. Now, thanks to the reforming efforts of Mayor Bill de Blasio, lawbreakers — famous or otherwise — will do their time somewhere else. A Rikers Island replacement is coming soon to a borough near you.

Driving the agenda forward, city agencies have signed a $7.5 million contract with the global architecture firm Perkins Eastman to plan and design new correctional facilities to rehouse Rikers inmates upon its closure. Perkins Eastman will conduct a 10-month study to evaluate existing city jails in Manhattan, Brooklyn and Queens as they also pursue locations where new, smaller facilities could be situated. The three facilities going under the microscope will benefit by planned renovations that de Blasio hopes will make conditions for the incarcerated, their visitors and the staffers that serve them, more hospitable. The 82-year-old present facility has long been associated with corruption and cruelty, according to an NBC News report.

“Closing a jail is one of many steps toward modernizing our entire justice system. We are reimagining and reforming how jails function as we are safely shrinking the size of the population. This work is possible because of the partnership, from both inside and outside government, to reduce the jail population in a way that makes New York City safer for everyone,” said Elizabeth Glazer, the director of the Mayor’s Office of Criminal Justice, in a statement.

Perkins Eastman was among four firms that responded to the city’s request for proposals for a study of Rikers Island’s closure in November 2017. The plan involves putting a premium on repurposing the existing facilities in the three boroughs, which is where a majority of prospective inmates await their court hearings. Additionally, the Bronx will likely be the location of Perkins Eastman’s future efforts.

“The Department of Correction and the city are committed to closing Rikers and, today, we begin delivering on that commitment,” Department of Correction Commissioner Cynthia Brann said in a statement. “It is something we are able to do because of our department’s reforms in creating safer jails and the city’s work in creating a fairer criminal justice system. Under Mayor de Blasio’s administration, we have reduced our jail population by 21 percent and have helped make our jails safer. We will continue building on our progress in reducing our jail population through programs that provide life and work skills that help individuals in custody re-enter our community.”

Throughout, Perkins Eastman will work with other firms such as New York design firm RicciGreene Associates, which is known for its progressive approaches to community engagement and jail design. Moreover, Perkins Eastman is no stranger to projects involving corrections and the legal system. The company designed a courthouse in Queens and the Brooklyn Supreme and Family Court House. It also recently designed an entire Abu Dhabi Court Complex, including a tunnel to a detention facility (insert your own bridge-and-tunnel gag here).