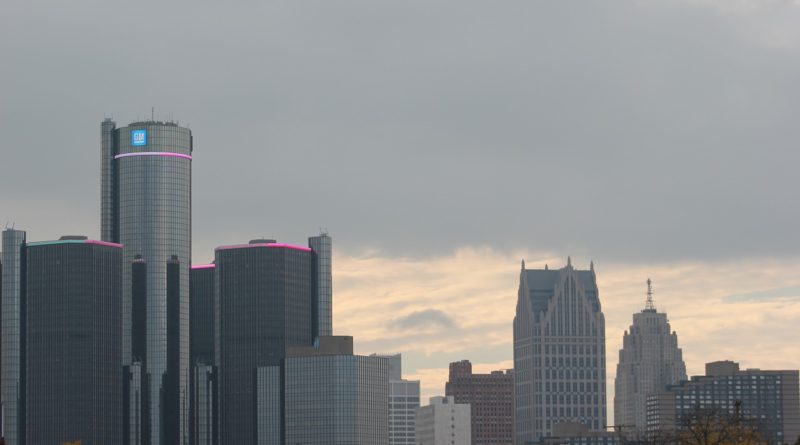 Downtown Detroit has been experiencing rapid redevelopment. A new correctional facility could be part of the coming changes.

DETROIT — An area known for its auto industry and Alice Cooper and Eminem may soon become known for its burgeoning private prison facilities. The Wayne County Commission in Detroit just approved a land swap that will likely see a new criminal justice center coming to the city.

Billionaire Quicken Loans Founder Dan Gilbert has been developing a $533 million correctional facility he hopes to erect in the heart of the city. Last November 2017, Detroit’s City Council approved the trade. In the land swap, the city of Detroit will receive the old American Motor Corp. (AMC) headquarters or $775,000. The city of Detroit has plans to redevelop the AMC building, which has fallen into disrepair.

The prospective correctional facility will accommodate 2,280 adult inmates as well as 160 juvenile inmates. There will also be 25 courtrooms and five hearing rooms in addition to a sheriff, prosecutor and administrative offices. Ground could be broken as early as October 2018.

Some area residents opposed using the site for a prison, citing an array of issues stemming from concerns for nearby schools and environmental aspects (there will be an incinerator on site). Commissioners who voted in favor of the facility, however, contend that the trade paves the road to reviving the historic AMC building, which could spur redevelopment in an area that has otherwise trailed other locations in the county.

The original cost of the complex was estimated at $420 million when Rock Ventures, Gilbert’s company, first approached the county and requested $300 million to underwrite the facility, reported the Detroit News. Now, the cost has been adjusted to $533 million with the ultimate county spend capped at $380 million. To that end, Rock Ventures will now spend $153 million and cover any overages.

In an effort to raise the $380 million, the county will tap into the general fund and issue new bonds as well as deploy $50 million in IRS bonds it already holds due to a previous jail project in nearby Greektown that is no longer being pursued. Baked into the deal with Rock Venture is the acquisition of 15.5 acres of property. The plans for the land include Gilbert’s pledge to create a $1 billion development where the half-built Greektown jail presently stands. Of note is the fact that the Greektown project costs local taxpayers $1.3 million a month in debt servicing and security.

This deal is not Gilbert’s first collaboration with Detroit. According to his website, “In March 2013, Rock Ventures, in collaboration with the Downtown Detroit Partnership and Detroit Economic Growth Corporation, unveiled and implemented a visionary placemaking and retail plan centered on creating activity and vibrant, distinct destinations to draw people to the region using a multifaceted approach to the planning, design and management of public spaces.”

In all, the land trade took several months to negotiate and was approved by the commission with 11 out of 13 voting in the affirmative. Officials are eying a summer 2022 completion date.