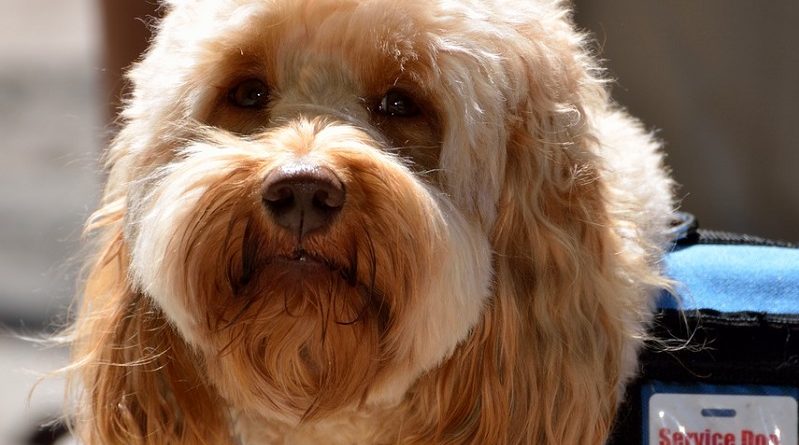 VIENNA, Ill. — An enterprising prison in Illinois is bringing man and his best friend together in an enterprising new way, thanks to a program wherein inmates have turned to woodworking in order to make temporary quarters for canines to be sent to no-kill shelters in the community. As reported by the Herald & Review, inmates at the medium-security Shawnee Correctional Center in Vienna are not only making homes for dogs in the state’s no-kill shelters, but also training them to work with veterans. It’s an inspiring way to work on simultaneous rehabilitation for both inmates and military veterans dealing with the post-traumatic stresses of combat.

As reported by the Herald & Review, the dogs trained in the Shawnee Wellness Assistance Therapy Training (SWATT) program collectively live in a “townhouse” style dog house on the prison yard, which itself was built by Shawnee inmates as part of the facility’s construction technology classes. The inmates have also constructed a second dog house donated to a shelter called Project Hope, the Herald & Review reported.

But the inmates at Shawnee are not only constructing little homes for their four-legged friends, but also, with help from certified professionals, are training some of the animals to become therapy dogs, which will be paired up with veterans as service animals.

As detailed in a report on the program published in The Southern Illinoisan, the SWATT dogs live at the Shawnee facility for at least three months of training. The dogs are first taught such rudimentary skills as house-training by “offender-handlers” working under the direction of animal trainer Amy Cline, according to the newspaper. The dogs are not left alone at night, with one inmate staying with them through the small hours to keep them company and increase their sociability.

The National Center for PTSD, a division of the U.S. department of Veterans Affairs, has found that owning a dog can elevate mood and reduce stress, which is particularly important for military personnel returning to civilian life from combat zones.

The VA’s official blog, VAntage Point, reported that earlier this year, President Donald Trump signed an executive order, “Supporting Our Veterans During Their Transition From Uniformed Service to Civilian Life,” which directs the Departments of Veterans Affairs, Homeland Security and Defense collectively to come up with a comprehensive program to address the mental health care needs of returning veterans for at least one year from the date of separation from the service. (The VA estimates that as many 20 American veterans per day are committing suicide, an alarming statistic.)

SWATT’s first “graduating” class of helper animals had three dogs; each successive class aims to have six or more hounds, the Herald & Review reported. In addition to helping train the dogs for a life of serving American veterans, inmates at Shawnee are required to pick up the animals’ waste as part of their participation in the program.