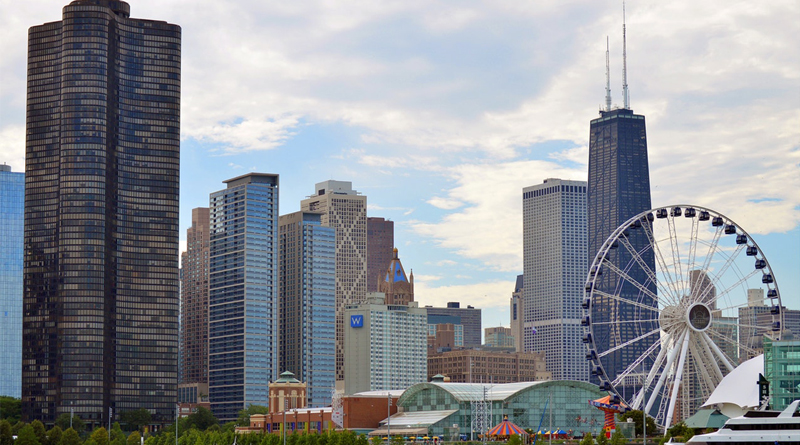 Had HB 4469 been enacted, the new voting program would have debuted at a Chicago correctional facility, according to reports.

CHICAGO — Throughout the United States, the general policy has been to strip former felons of the right to vote — often permanently — while more moderate forces have been championing the potential restoration of the formerly incarcerated to be able to vote upon release. Going one step further, a controversial bill in Illinois sought to register to vote pretrial detainees — from within jail walls.

According to an article in Mother Jones, the bill, HB 4469, would have required every jail within the Land of Lincoln to make available to those in jail awaiting trial the opportunity to vote either in person or via absentee ballot. This is in addition to it already being state law that those who have served their time are re-enfranchised with the vote upon release, Mother Jones reported.

However, despite passing both houses of the Illinois Congress on a bipartisan tack in the state capital of Springfield, Gov. Bruce Rauner, a Republican, vetoed the bill on Aug. 17.

“The Governor’s action today stands in stark contrast to our State’s commitment to protecting voting rights,” said a statement attributed to Khadine Bennett, advocacy and intergovernmental affairs director at the American Civil Liberties Union of Illinois. “It is also a sharp departure from his SB 2273 (Crosscheck) veto message, where he stated that his ‘administration has demonstrated a commitment to increasing access to the vote.’

“Proclamations like these are hollow, especially where the provision of the bill that he vetoed would have provided crucial information to men and women leaving Illinois jails and prison—information that would make clear that individuals with records, including those leaving prisons and jails, have a right to vote in Illinois post release.”

Had Rauner signed the bill into law this month, the first jail to roll out the controversial program would have been in Cook County—home to Chicago—in 2020, according to Mother Jones. HB 4469 would have also stipulated that absentee ballots would be made mandatory for every county jail in the state that had a population of less than 3 million—which would have been every county except for Cook.

Mother Jones further reported that in the Illinois primary election in March, Cook County inmates were able to cast votes in person at voting booths.

“It is especially disappointing that a Governor, who has publicly stated that individuals who have served time in jails and prisons deserve an opportunity for redemption, rehabilitation and a second chance to be productive citizens, would use his veto to take away an opportunity for individuals leaving prisons and jails to know about their voting rights,” Bennett said in her statement. “Especially when this bill, and the provision he vetoed, was the result of negotiations with many entities, including IDOC and the Illinois Sheriffs Association.”

Despite the setback, Bennett said that the Illinois Legislature should use its power to overturn Rauner’s veto.

“In the months that we have spent working on this bill, we have heard from many citizens living with records throughout the state who didn’t realize that they still had a right to vote post release,” she said. “They were very hopeful that the Governor would sign HB 4469, as were the many organizations, churches, community groups, and individuals who worked on this bill.”