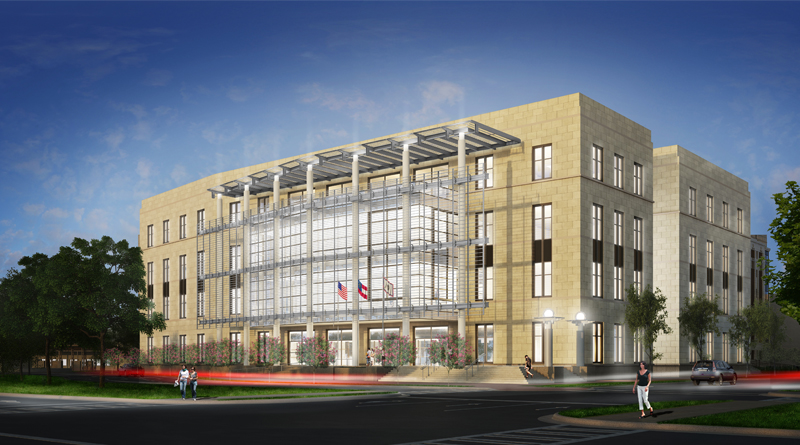 According to Savannah Now, Dewberry was awarded a contract in 2008 to design the master plan for the multi-phase project that also included renovations of the existing courthouse next to the building site along Montgomery Street north of Oglethorpe Avenue. In 2011, the firm was reportedly awarded the engineering and design contract for both the renovations and new building. Although the courthouse renovations have since been completed, the design of the new building was reportedly put on hold in 2013 due to insufficient funds.

According to Savannah Now, County Manager Lee Smith said staff actually negotiated Dewberry down from about $10 million for the new contract.

“Folks are not hungry like they were,” said Smith to Savannah Now. “Construction costs continue to go up so we’re really trying to expedite this project.”

Savannah Now reports that the new courthouse will be constructed at the site of the recently demolished old county jail at Montgomery Street next to the existing courthouse. The building will reportedly provide eight courtrooms for the superior courts, four for the state courts, a jury selection room and administrative space for judges and staff.

According to Savannah Now, the design work is expected to take about 10 to 14 months to complete and construction is estimated to cost about $75 million.

Dewberry was recognized nationally in 2013 by the American Institute of Architects for their design of the Chatham County Trial Courthouse and demonstrating quality of form, functionality, community impact, sustainability, and economic feasibility, as well as intelligent architectural response to complex justice design issues.

The project received a certificate of merit, and was published in the 2013 Justice Facilities Review.

The Chatham County Trial Courthouse was developed as a direct extension of the original city plan for Savannah, as designed by James Oglethorpe in the mid 1700s. As a result, the new courthouse will be a strong contribution to the rich city planning and architectural heritage of Savannah. The design focused on the idea of redefining the existing court’s campus, restoring both Liberty Square and the historic district’s western boundary. Dewberry worked in association with Savannah-based Barnard & Associates on the project.

A report from Savannah Now contributed to this story.