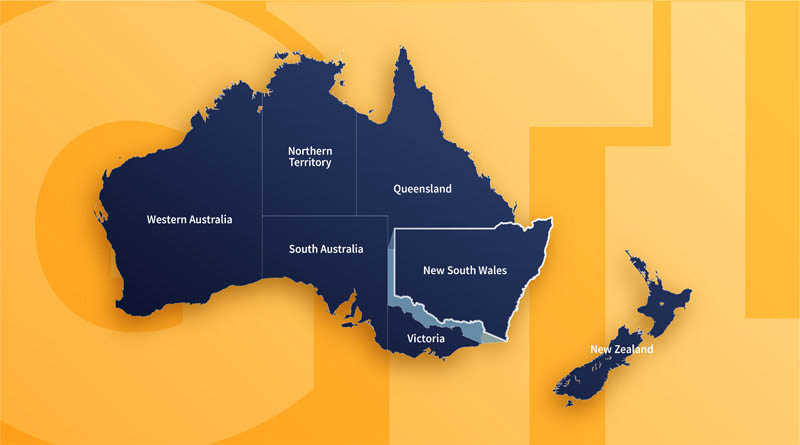 GTL recently announced its collaboration with Telstra and Ericom for an inmate communication system in Australia. Photo Credit: GTL

NEW SOUTH WALES, Australia — Global Tel Link (GTL) recently announced that its well-established inmate telephone system was implemented in Australia to enable better and more frequent communication between inmates and their loved ones.

New South Wales is the most populated state in Australia and represents 33 percent of the nation’s total gross domestic product (GDP). After a rigorous procurement process and an evaluation of seven vendors, Corrective Services New South Wales (CSNSW) awarded a contract to Telstra, along with Ericom and GTL as its suppliers, which CSNSW Commissioner Peter Severin praised for the recent deployment of a new offender telephone system in the state’s 39 prisons.

“The transition went very well,” said Severin. “We are pleased to have a better phone system that will provide the basis fbor our offender digital strategy in the future. The new system costs inmates 15 percent less to make calls. This will encourage them to stay in touch with their families, which helps with rehabilitation.”

This is the first phase of CSNSW’s offender digital strategy (ODS). The combined knowledge and expertise of the companies moves CSNSW towards a goal of digitizing its systems. Telstra understands the needs of the sector as the largest communication service provider in the country, Ericom offers expert systems integration as well as local knowledge delivering solutions, and GTL provides an expert and adaptable technology platform that offers 99.99 percent uptime.

“GTL’s proven collaborative model was used to work with Telstra and Ericom to expand into Australia,” said Gad Tobaly, president, GTL International. “We approach collaboration with our partners and our customers in a way that benefits all parties — facilities, inmates, and friends and family. As an innovation leader, GTL is delighted to contribute to CSNSW’s end-to-end vision of digital transformation. The implementation of the telephone system anchors the entire project and uses technology to provide stronger community and social outcomes.”

Telstra was appointed the prime contractor, with Ericom and GTL as its suppliers. GTL, which provided the technology platform for the project, has almost three decades of experience as a corrections technology leader, serving over two million inmates and 2,500 facilities worldwide. Local company Ericom, with 15 years’ experience in the corrections market, implemented the new system.

“It is a pleasure to work with such a valued partner as GTL,” said Kyle Page, general manager, Ericom. “The three-company collaboration between Telstra, Ericom, and GTL served CSNSW very well. It continues to grow and strengthen as we proceed through the next phases of the CSNSW project and other initiatives with corrections agencies throughout the Australasia region.”

GTL leads the fields of corrections technology, education, and intelligence, as well as government payment services, with visionary solutions that integrate seamlessly to deliver security, financial value, and operational efficiencies while aiding inmate rehabilitation. As a trusted industry leader, GTL provides services to over 2 million inmates in more than 2,500 correctional facilities in the United States and Canada, including more than 30 U.S. departments of corrections, the District of Columbia, Puerto Rico, and the U.S. Federal Bureau of Prisons. GTL is headquartered in Reston, Virginia, with an employee presence throughout North America.