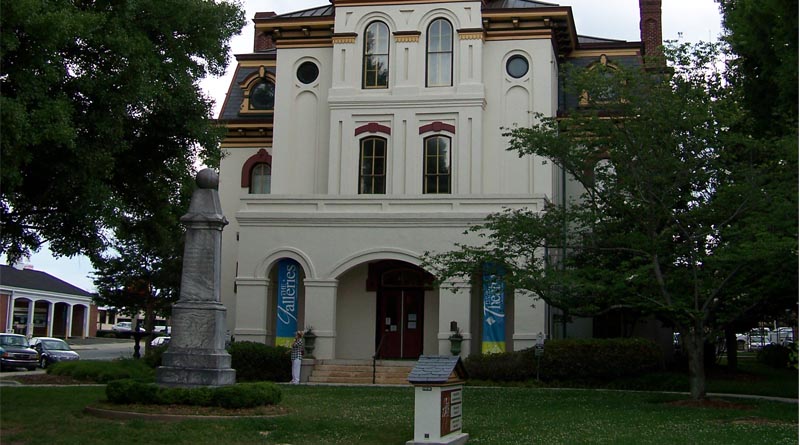 CONCORD, N.C. — Silling Architects was recently selected to serve as the architect of record and design architect for the proposed Cabarrus County Courthouse expansion in downtown Concord.

County Commissioners unanimously awarded the expansion design contract to Silling Architects, which has completed similar projects in West Virginia, Ohio and Virginia, among other states.

The West Virginia-based firm was chosen as a finalist among three other nationally recognized justice design firms in the summer of 2018 and will lead the project, which is currently in the planning and programming phase.

Company officials from Silling were part of a group that presented massing renderings to commissioners in early February. The images detailed the general footprint, size, shape and form of the project. Construction on the 250,000-square-foot expansion is expected to begin in 2020 and expected to last between 24 and 28 months.

The existing courthouse facing Union Street will continue operation during construction, and crews will renovate that portion following the expansion.

The expansion will update the nearly 45-year-old existing building and help alleviate demand for courthouse activities. According to the North Carolina Administrative Office of the Courts (AOC), court activity in Cabarrus County has increased 131 percent over the last three decades. Court filings in 1986 and 1987 totaled 27,506 and in 2016 and 2017, court filings reached 63,567.

The project includes a proposal to relocate the courthouse entrance to Means Avenue, creating access from Church and Union streets. The change will also create a public space between the Cabarrus County Historic Courthouse (65 Union St. S) and the historic bank building (51 Union St. S), along with a pedestrian thoroughfare along Means Avenue between Church and Union Streets.

Concord City Council will conduct a public hearing to consider the proposed changes to Means Avenue. At future stages, “residents will have an opportunity to provide feedback on exterior aesthetic of the expansion project,” said Kyle Bilafer, area manager for Cabarrus County. “Right now, these massing renderings provide residents and stakeholders a three-dimensional look at the new courthouse – it basically shows where the expansion is locating.”

The county plans to launch the full project design in April 2019. Construction is expected to begin in 2020. The courthouse expansion process begins just as crews have put the final touches on the five-story Cabarrus County Parking Deck. County officials hope the parking deck will address parking demands for courthouse activities and support growth and visitors to the area.

The new five-story structure located at 81 Spring St. SW, is a collaborative project of Cabarrus County and the City of Concord.  The deck has 614 parking spots, 13 of which are handicapped accessible and located near the elevator access points on each floor. Eighty-two parking spots are reserved spaces. Visitors to Downtown Concord can access the deck 24 hours a day from entrances on Spring Street and Corban Avenue.

The parking deck features various security measures for visitors. Stairwell lights will remain on 24 hours a day, while the parking areas feature motion operated LED lights. Blue light emergency phones located at both stairwells on each floor will call 911 when activated.