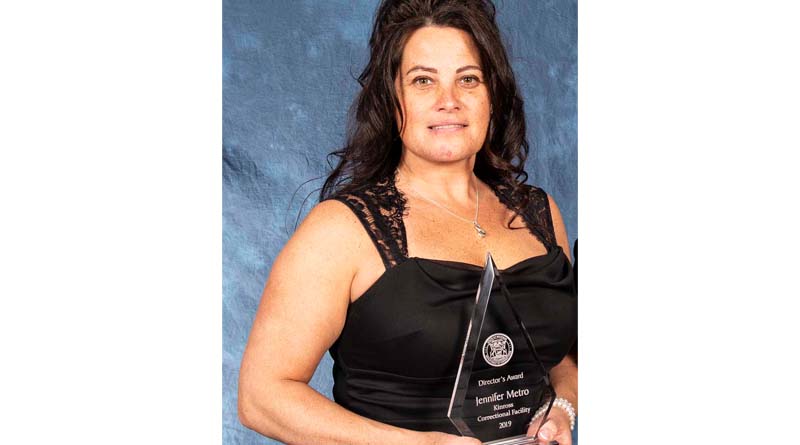 In recognition for her efforts at recruiting new staff and her volunteer work with the Law Enforcement Torch Run and the Special Olympics, Jennifer Metro, a prison counselor at the Kinross Correctional Facility in Michigan, was recently selected as the winner of the Michigan Department of Corrections Director’s Award.

The Director’s Award is the highest honor that can be presented to employees of the MDOC. Metro also received the department’s Professional Excellence Award for her work and volunteer activity.

“Jennifer exemplifies the type of positive and energetic employees we have and her commitment and passion toward recruiting new staff in that same mold will help shape this department for generations,” says MDOC Director Heidi Washington. “The amount of effort she has put in to encouraging people to come and work for the department is something truly special.”

Metro has worked for the department since 1997, where she began as a corrections officer at the Newberry Correctional Facility. During her time, she has worked at several facilities in the Upper Peninsula and she has been promoted over the years. She often takes on extra responsibilities at work, including being part of the statewide audit team and the MDOC’s recruitment team. In her recruitment efforts, she spends a large amount of her time at community events, communicating with the public about the many job opportunities available within the department.