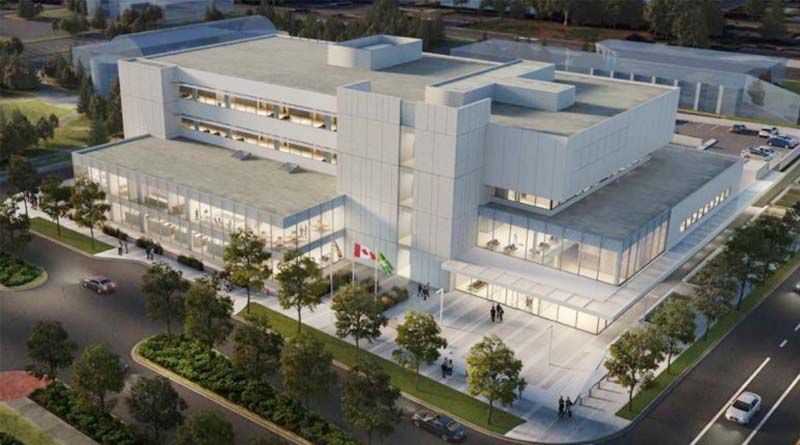 ABBOTSFORD, B.C—Construction is well underway on a new $150 million courthouse in Abbotsford, a city of approximately 140,000 in British Columbia, adjacent to the Canada-United States border, Greater Vancouver and the Fraser River.

Once completed in 2021, the law courts are expected to double the capacity of the current courthouse, with an opportunity to expand further. The new 14-room courthouse will include three Supreme Court law courts, eight provincial court courtrooms, and three judicial conference rooms. The facility plans also incorporate justice-sector programs, such as the B.C. Prosecution Service, community corrections, and a Justice Access Center, as well as a parking garage to supplement parking requirements for the City of Abbotsford.

The new project is being built within the city center civic precinct on land leased to the Province by the City of Abbotsford.

“Our government is committed to making the justice system work better for British Columbians,” said Attorney General David Eby. “The new Abbotsford Courthouse and the legal resources it will contain will add badly-needed capacity to the region.”

The project client is the Ministry of Justice and Ministry of Technology, Innovation and Citizens’ Services. Project partners include:

Located in one of B.C.’s fastest-growing regions, Abbotsford’s new courthouse is part of the Lower Fraser Valley Court Strategy, which is based on demographic and courtroom demand analysis over the next 20 years.