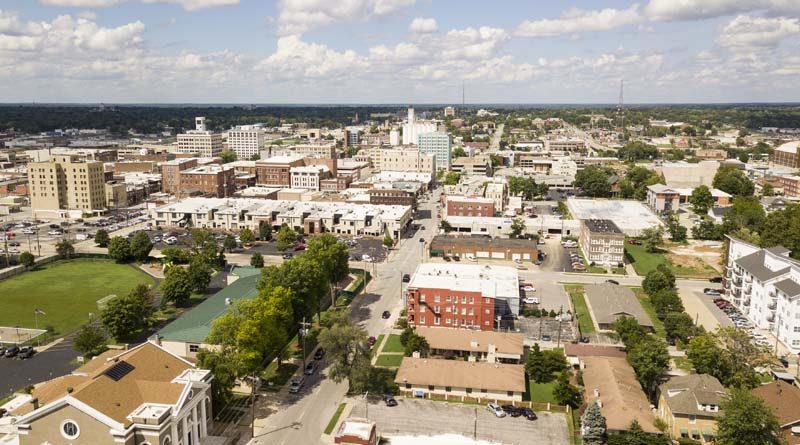 According to an article on ksmu.org (Ozarks Public Radio), the land—purchased for approximately $680,000 from SCI Missouri Funeral Services—is located at Division and Haseltind Road east of White Chapel Cemetery and south of the Springfield Branson National Airport.

The jail has been bursting at the seams for years requiring the county has to pay millions of dollars to transport and house prisoners up to three hours away from Springfield. In late 2017, Greene County voters approved a ½ cent sales tax to expand the jail facility.

In mid-2018, the county began demolishing buildings in the 900 block of Boonville to make way for the jail expansion there. However, County Commissioners learned that the proposed jail would be eight stories tall and didn’t think it would be ideal to have one of the most prominent buildings in central Springfield be the jail.

At a press conference in early December, Greene County Presiding Commissioner Bob Dixon told reporters it became apparent that a different material would be needed to keep the cost down—so the county decided to build a jail with pre-cast concrete cells.

“A great deal of hard work and due diligence has been conducted to get to this point and the citizens of Greene County can be proud that a suitable location has been determined to best use the funds and resources we have been entrusted with to make this project a reality for the community,” said Dixon in a statement.

With plans to break ground as early as spring 2020, the County is currently working on the design of the new jail, which would allow most of the Greene County Sheriff’s office to be located in one building.

The partnership of JE Dunn and DeWitt & Associates have been chosen by the county as Construction Manager at Risk for this project.

“We really feel the team of JE Dunn and DeWitt will serve Greene County well,” said Presiding Commissioner Bob Cirtin, in a statement. “They bring to the table the ability and scope of vision to take on a project of this importance, while also offering a local presence.”

Added DeWitt & Associates President GR Stovall, “We look forward to this opportunity to work with Greene County to provide citizens a high-performing justice center for the best value.”

At present, the Greene County Jail currently houses 708 inmates and has 409 Sheriff office employees. It is also near 30 schools, which are all in the vicinity of two miles.

The new jail location would only have three schools within a two-mile vicinity. Slated for completion in 2022, the new jail would be able to house approximately 1,400 inmates.

Dixon told reporters that several factors went into deciding on the location: amount of acreage needed, surroundings, utilities and roads, and mostly the cost.

According to a Greene County press release, “moving the jail to this new location creates an opportunity to relocate most of the Greene County Sheriff Office operations to one campus and the long-term benefits are substantial: the redesigned jail at a new location will save $95 million in staffing cost from the original resolution over the next 20 years due to indirect supervision being utilized with having more area to spread out the cell pods horizontally as opposed to vertically.”

Dixon added that officials have not yet decided to do with the current jail once it no longer houses prisons, but it may be converted into office space.