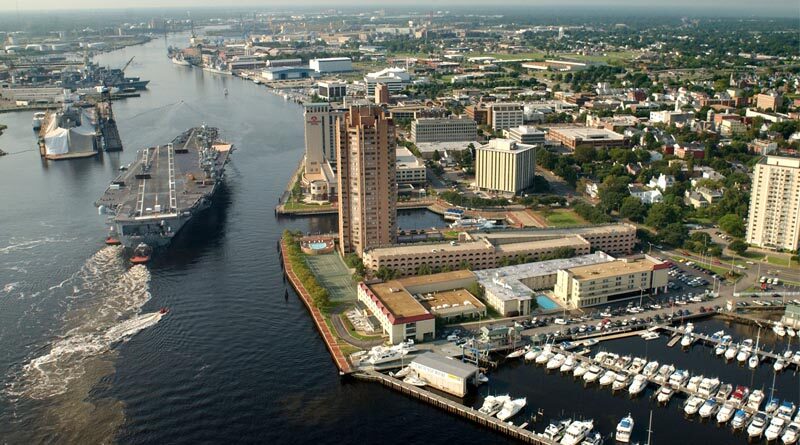 If the city of Portsmouth, Va. decides to borrow the more than $40 million-plus needed to construct a new jail, it runs the risk of breaching the amount of debt it can take on for projects. Photo Credit: U.S. Navy photo, Wikipedia

PORTSMOUTH, Va.— Financial advisors recently told Portsmouth city council members that if the city decides to borrow the $41 million it could cost the city to build a new jail, it would breach the amount of debt the city can take on for projects. It could also place its credit rating in jeopardy.

According to the Virginia Pilot, two senior vice presidents from Davenport & Company—the city’s financial advisor— walked the council through its analysis of three scenarios for the future of the city jail: building a new one, or two options that involve closing the jail and moving inmates to the Hampton Roads Regional Jail.

This presentation comes at the same time of an ongoing legal battle between the city and the sheriff—an independently elected official. In early January, a Circuit Court judge ruled that the city cannot condemn its jail and must make repairs to keep it safe and operational. This presentation — which was in the works prior to the judge’s ruling — did not address the court case or how the city might fund repairs the judge has ordered.

In a statement, Sheriff Michael Moore said he didn’t know about the financial advisors’ report until he saw it listed on the council agenda, and his office wasn’t asked to provide input.

The Davenport advisors’ public comments and a slideshow did not provide dollar amounts for the city’s debt limits.

“If they’re actually looking at what’s best for the city, we need to make sure we’re looking at all the numbers,” he said.

Moore reiterated that the judge has ruled that repairs be made to the existing facility.

“It felt like they ignored the judge’s ruling about the repairs. There should have been some discussion about it.”

City Attorney Solomon Ashby said on January 15 that a final written order from the judge had not yet been filed yet, and that the city will address the next steps once that order is entered.

Funding for repairs would need approval by the City Manager and Council.

According Jon Babineau, who is Moore’s attorney, jail repairs could cost less than $300,000. However, the city has not yet provided its figure for jail repairs alone but has said it could cost $67 million to repair the entire five-building Civic Center Complex, most of which the city has been given the go-ahead to condemn. Buildings in the complex share some of the same systems, such as electrical service.

In July, city officials condemned the jail and four other buildings in the complex, citing reports that found deficiencies. The sheriff opposed the condemnation. Since that time, the city and sheriff have been locked in a legal sparring match involving four separate civil actions.

In handing down his ruling earlier this month, Circuit Judge Johnny Morrison gave the city and sheriff 60 more days to figure out what to do about another point of contention, whether and how to send inmates to the Hampton Roads Regional Jail.

Portsmouth is one of five localities that send inmates to the regional facility, and the city pays for 250 beds there—whether the beds are filled or not.

Moore told local media that he stopped sending new inmates there a year ago, citing a federal investigation that found unsafe conditions. The number of Portsmouth inmates there has dwindled to a little more than 30. But attorneys for the city have said Portsmouth is contractually obligated to send its first 250 inmates there and is violating its contract by not doing so.

City advisors said that if the city does build a new jail — estimated to cost $47 million — it would need $41 million in financing, assuming the state agrees to reimburse the city for 25% of eligible costs. That would lead to a debt service of about $2.6 million a year for 30 years.