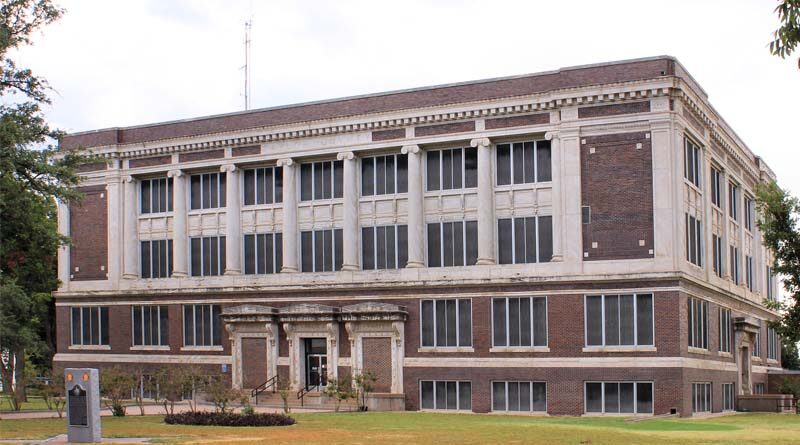 ABILENE, Texas—Taylor County, Texas, commissioners recently approved bid specifications and advertising that will lead to a full restoration of the 1915 County Courthouse in Abilene.

“Basically, this is the first phase of our courthouse restoration project,” said Stanley Graves of Architexas, the architectural firm hired by the county, in a statement.

“We’re trying to basically go in and take out all the stuff that was added over the years to get back to the original architecture. This will let us kind of finalize the final plans and get a much more accurate bid when we have contractors come in the next phase. They can actually see everything that’s been uncovered and see the extent of damage or the extent of material that survives and so forth.”

While the 106-year-old courthouse has undergone numerous renovations over the decades, Taylor County Judge Downing Bolls said, “It got to the point that it really started looking like an overloaded electric plug.”

“They’re talking about having special order capitals and things because they want it to look as close as it can to the way it looked in 1915,” said County Judge Bolls, in a statement.  “It’s a significant part of our history as a county.”

The project is expected to be completed in less than three years. A general contractor has not yet been announced.

The three-story building with Ionic columns is an example of Classical Revival design. Designed by George Burnett of Waco, Texas, the building was listed in the National Register of Historic Places in 1992.