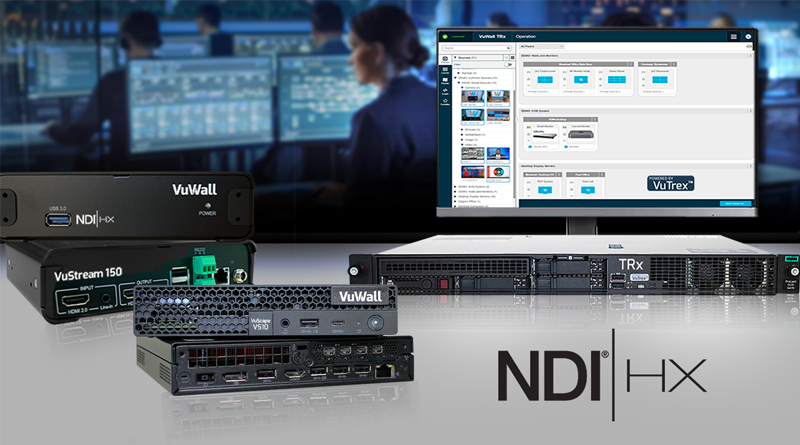 VuWall, a technology leader in video wall control systems and unified visualization solutions, announced that its all-new TRx 3.1 Video Wall Management Platform can easily route NewTek NDI-encoded sources to a combination of NDI-enabled decoders, including VuWall’s new VuStream 150 encoder/decoder and the entire VuScape series of video wall controllers. The company’s VuScape processors can open multiple NDI sources simultaneously and display them in a multiview format on a video wall. The NDI and NDI|HX format expands the many protocols that VuScape already supports.

NDI is a royalty-free technology that allows audio, video and data sources to be shared bi-directionally across a network. It eliminates costly direct connections, expensive cable runs, and infrastructure upgrades while making any source available for any destination on the network.

VuWall’s NDI integration with TRx as well as with the VuStream and VuScape product families provides several benefits to customers. It leverages the very low latency on 1Gb networks of NDI-encoded content or NDI technology across an AV network. It also increases the level of interoperability that TRx offers, which simplifies the deployment of complex AV-over-IP projects with a single, centralized platform that installs easily while routing and servicing hundreds of sources without any programming.