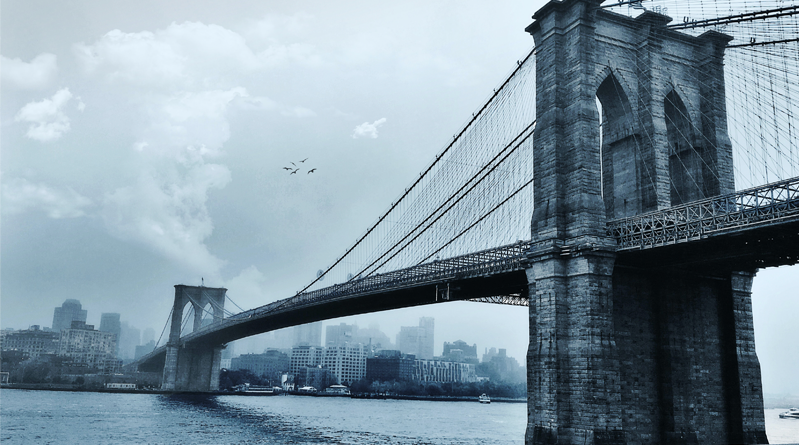 In Brooklyn, Queens and Manhattan, the design-build teams will dismantle existing facilities on the sites and construct temporary ‘swing spaces.’ Photo Credit: Pexels

NEW YORK CITY—The NYC Department of Design and Construction (DDC) has announced it has selected four separate teams of designers and builders to receive design-build contracts to prepare the sites where four new borough-based jail facilities will be constructed in Manhattan, Queens, Brooklyn and the Bronx. A fifth new contract has been awarded through the City’s regular competitive bidding process for infrastructure work at the Queens site.

In Brooklyn, Queens, and Manhattan, the design-build teams will dismantle existing facilities on the sites and construct temporary “swing spaces” to facilitate NYC Department of Correction’s transfers for court appearances during construction. At the Bronx site, where the former Lincoln Hospital used to be located, the design-build team will remove debris from the old hospital including its foundation and perform environmental testing to prepare the site for future work. An additional contract is for work at the Queens site in Kew Gardens to install a new trunk water main to replace one that is located in a part of 82nd Avenue that has been demapped for the Borough-Based Jails Program.

Overall, heavy construction for the Program began in June at the Queens site, where a structure that will house a new parking garage and 25,000-square-foot community space is currently under construction. The structure is being built on the west side of an existing parking lot at Union Turnpike between 126th Street and 132nd Street.

“New York City is committed to forging a safer, better, more humane jail system, and that starts with building 21st century facilities,” said First Deputy Mayor Dean Fuleihan. “These expert teams will design and build jails that reflect our city’s strength and compassion, and I look forward to celebrating fast progress toward completing each Borough-Based Jail in the years to come.”

“The Borough-Based Jails Program is fully funded and remains on-track to provide the facilities that will be needed to enable the closure of Rikers Island,” said NYC Department of Design and Construction Acting Commissioner Thomas Foley. “The selection of these design-build teams was a rigorous process based not just on price but on experience, vision and the ability of the teams to deliver a quality project on time and on budget. We continue to seek highly qualified design-build teams to create the Program’s other facilities.”

“This is another important step in New York City’s and DOC’s march away from mass incarceration and towards a more community-driven and neighborhood friendly correction system. Our new jails are being designed to optimize community and family interaction and rehabilitative programming, along with security and safety for staff and incarcerated people. I want to thank the hundreds of people who continue to work steadfastly towards the goal of creating facilities where any parent who has a son or daughter working or living in them can feel like they are safe,” said Correction Commissioner Vincent Schiraldi.

“Today’s announcement continues to show the City’s ongoing commitment to the closure of Rikers, with the active dismantling of outdated and inhumane jails in New York City,” said Mayor’s Office of Criminal Justice Director Marcos Soler. “This work prepares each of the four sites for the development of new borough-based facilities that will be fairer, modern, and safe, while maintaining the administration’s goal to safely and equitably reduce the city’s jail population.”

The teams/firms selected to receive the five contracts are:

The Department of Design and Construction anticipates that the four contracts for dismantling structures in Brooklyn, Queens and Manhattan, and for site preparation in the Bronx, will be registered by the end of 2021, with work starting in the first quarter of 2022. The contract for the Queens trunk water main installation has already been registered and work is also expected to begin in the first quarter of 2022, taking 18 months to complete.

DDC is working with the Mayor’s Office of Criminal Justice (MOCJ) and the NYC Department of Correction (DOC) to implement the City’s plan to build four smaller, safer and fairer borough-based jail facilities and to close the jails on Rikers Island.

Design and construction firms participating in the program will have a rare opportunity to build facilities grounded in dignity and respect, offering better connections to the Court system that are emblematic of NYC’s criminal justice reform work. The facilities will be designed to accommodate the needs of families as well as for medical, mental health, education and therapeutic programming service providers. Passed by the City Council in October 2019, the City’s plan comes at a time when New York City has the lowest crime and incarceration rates of any large city in the United States.

Procurement for all Borough-Based Jails Program work takes place through a two-step process: submittal of a Statement of Qualifications (SOQ) in response to an RFQ, followed by submittal of a proposal by short-listed vendors in response to a Request for Proposals (RFP). SOQs are reviewed to create a shortlist of firms that will be able to respond to a future Request for Proposal for the work. DDC will also make stipends available to firms that are short-listed and participate in a Request for Proposal (RFP) process but are not selected to be awarded a design-build contract.

DDC previously issued an RFQ seeking Statements of Qualifications from qualified design-build teams seeking to design and construct the four new jail facilities themselves. Responses to that RFQ were due by November 29 and are currently being evaluated.

In selecting the design-build teams and carrying out a collaborative design-build approach to project delivery, DDC is committed to using industry best practices. DDC utilizes a best-value selection process that prioritizes design, quality, past performance and qualifications.

The City highly encourages participation in the jails program by Minority- and Women-Owned Business Enterprises (M/WBEs) and will set significant requirements for M/WBE participation in the program’s design-build contracts. To learn more about how eligible firms can become certified as an M/WBE, please visit Certify With the City.

The Department of Design and Construction is the City’s primary capital construction project manager.