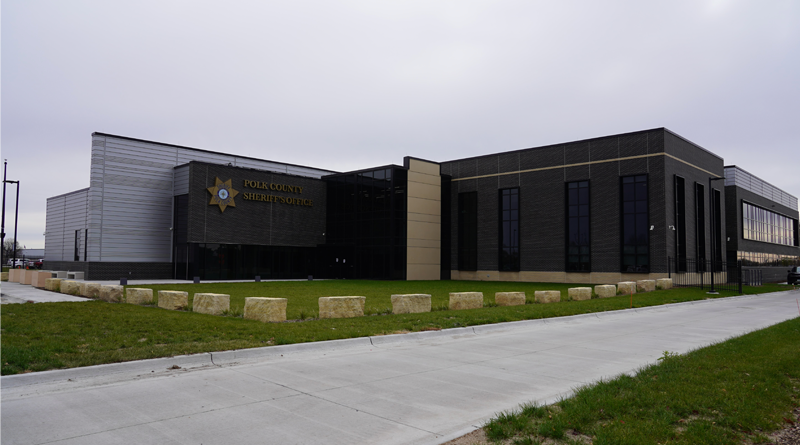 “We were able to consolidate to three locations. We now have the Jail, Courts complex—which houses our civil division as well as court security—and now the Headquarters building,” he told CN.

Shive-Hattery, Inc. Architecture and Engineering were the architects for this project and Edge Constructions were the contractors.

“We began to work on this project several years ago, but it was officially kicked off with a design committee in the spring of 2019,” Evans added. “The building still needs a few finishing touches but is completed for the most part and we moved in and opened to the public for the first day on Nov. 19th.”

He also informed CN that the new facility has been furnished with the latest technology and upgraded many of our old systems like interview rooms and evidence storage/processing. The venue also has a large community room that will be used for special events, ceremonies, and hosting training classes. The room is designed for the community as well and can be used for many different things such as public meetings.

High-tech resources at the facility includes the newest version of a virtual training simulator. The VirTra V-300 4K, is a 300-degree immersive training environment of five large screens that surround an officer with interactive scenarios.

“The system offers hundreds of fully interactive scenarios to include judgmental use of force, de-escalation, non-escalation, skill drills to improve tactics, confidence and communication skills when assessing a subject’s verbal and non-verbal threat cues to teach and train our deputies,” Evans remarked.

He also gave credit to the Board of Supervisors for their efforts in funding the project.