Genuine. Engaging. To the point — Sam Youngblood speaks with a trace of that easy going Texan drawl that glides through speech with a wealth of expression. 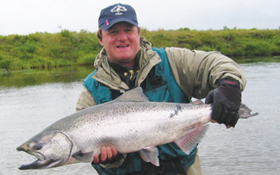 “San Antonio is my roots,” says Youngblood, who recently added the title of CEO to that of company president at San Antonio-based physical and electronic security solutions company Argyle Security Inc.
“I’m the fourth-generation Youngblood in the prison business here. My great grandfather, D.F. Youngblood, started Southern Steel — now Southern Folger Detention Equipment Company — which my grandfather and then father ran before I worked there for a time as president.”
He brings 34 years of industry experience to the position, including three years as president and COO of Argyle and 15 years as CEO of detention equipment contractor ISI Detention.
Having joined the family business in 1973, Youngblood rose to company president before leaving Southern Steel in 1983 to pursue the entrepreneurial challenge of building his own detention/security firm from the ground up. He founded and operated ISI until it was acquired by Argyle in 2006.
Market Synergies
In addition to ISI Detention, Argyle’s Corrections Group division holds controlling interests in security electronics and communications manufacturer Com-Tec Security, security electronics contractor Metroplex Control Systems and detention equipment contractor Peterson Detention.
Having taken over from Bob Marbut as Argyle CEO during a management restructuring in January, Youngblood is making the most of his opportunity to fine tune Argyle as the company is in regrouping mode and while the marketplace remains soft.
“We’ve been able to consolidate a lot of our procedures and we’ve refined the quality of our customer service,” Youngblood says. “With this foundation, we believe our size and our market share is appropriate and we’re prepared to grow with trends as the market comes back.”
Though Argyle’s subsidiaries typically have their own sets of customers and vendors, Youngblood says he’s also used the past few months to analyze markets and further exploit synergies between the company’s businesses wherever they may lie.
“We’ve made IP video and storage breakthroughs with corrections facilities that are the direct result of things we’ve learned from working with sophisticated commercial securities systems at chemical, water treatment and energy plants — especially by way of meeting the Department of Homeland Security’s CFAT upgrades,” Youngblood says. “Video storage has become a big cost item in the litigious nature of our world today — more facilities want to have more stored video for longer periods of time so they can recall it if there’s an incident. It protects them.
“There’s obviously not much room for excess expenses in corrections, and the kinds of digital video and storage we’re currently offering had previously been prohibited by cost,” Youngblood says. “Now there are a lot of corrections facilities wanting large video storage because of the new, cost-effective technology.”
Youngblood points out that digital products are integrating state-of-the-art algorithms and intelligent storage that allow facilities to sort faces, images and occurrences in highly specified ways — impossible in the analog video world. A corrections facility that might need to see all occurrences of a certain face within a six-day period, for example, can rapidly organize those occurrences from more than 300 cameras. 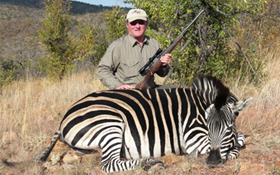 Lone Star State of Mind
Beyond his family heritage, such innovations are the reason Youngblood has remained in the corrections industry throughout his professional life.
“I’ve stayed in this business a long time to be part of inventing, developing and manufacturing products and services for the small industry we’re in,” he says. “In most bigger industries, you usually have to work within just one of those areas.”
Dogged persistence — a trait not uncommon in Texans — has surely helped him thrive throughout his three decades in corrections, but his ability to learn from past failures proved an equally important factor in his success.
“I invented a lock in the ’80s that I thought was going to be the industry’s next big thing,” Youngblood says. “I call it my Edsel. I spent a lot of money developing the product and hardly sold any — nobody cared about or wanted it. I still keep one of those locks on my desk pedestal as a reminder of a failure that turned into a really good lesson: I didn’t adequately research the marketplace before I developed the merchandise.
“Sounds simple, but those kinds of things have helped me learn how to do better the next time,” he says.
Youngblood has taken such lessons into the classroom, too, teaching several entrepreneurial classes at colleges in the San Antonio area — no class is complete without Youngblood’s 15 business maxims, filled with common sense and a dash of humor.
Among the favorites: “Make a fair deal, don’t cheat or lie.”; “Failures equal success, get up and do it again.”; “Don’t fight government or market moves unless you’re Microsoft or R.J. Reynolds.”

At 54, Youngblood can’t imagine a day when he stops putting his nose to the grindstone.

“I will always be working,” he says. “I don’t necessarily see myself working in a position at Argyle 10 years from now — but five years from now I expect to have Argyle at its pinnacle.”
One thing’s for sure: He’ll be in San Antonio.
“My wife is from here and I’ve raised my five kids here,” Youngblood says. “I’ve also got my [lifelong hunting] friends here.
“I spend most of my spare time hunting and collecting exotic animals: Texas blackbuck antelope, aoudad sheep, axis deer. I’ve got exotic animal and bird mounts all over my office. Friends call it the office of death — I started out decorating, but it’s just plain gaudy now.”
Argyle Security Inc.
Bryce Hubner is a freelance writer and photographer. Visit www.brycehubner.com.