A look into the daily operations involved at a county sheriff’s office. 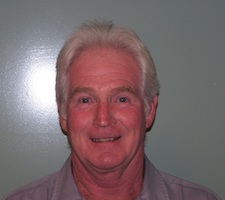 Dan Harrington is the Assistant Deputy Superintendent of Support Services for the Barnstable County Sheriff’s Office in Massachusetts. He is responsible for the daily operations of the Barnstable County Correctional Facility’s physical plant, where he directs the maintenance, repair and operations program. Harrington also supervises the physical plant staff including power plant, building trades, custodial, automotive services, and road’s and ground’s units staff. The 180,000-square-foot jail currently houses 425 inmates in 12 housing units. Harrington also serves as the treasurer for the Construction and Maintenance Institute for Criminal Justice Agencies.

Q: What has been the biggest maintenance challenge?
A: We moved the inmates in 2004. At that time, the general contractor went belly-up. There have been a lot of challenges in those six to seven years. A lot was unfinished. There were major issues throughout.

Q: How did you overcome those challenges?
A: It was a group effort of my staff. It’s a relatively small staff. I’m blessed with my electrician, engineer, and others. They’re real MacGyvers. They do anything and everything, and this is with inmates in the facility. It hasn’t been an issue at all. We had a major fire in the generator switch gear. We were on generator power for three to four days and lost the air pressure to all the doors. We had a very limited amount of power. It wouldn’t allow the generators to feed the power. Our electrician and engineer put out the fire and worked for days to correct the issue. We also had sewer pipes six feet underground give way. My staff dug out the dayroom and repaired them. Everything went through fine with relatively few problems.

Q: What has gone into your preventative maintenance program?
A: Outlook [email program]. We have a number of criteria on there and when they are due to be worked on. For example, every Wednesday we have duct work. It tells us when the ducts need to be cleaned, the dryers in the female units, in the laundry [room]; when maintenance on the perimeter gates need servicing; how often we should grease the dishwasher; when inspection is due on vehicles; when to drain out the water in the compressor. That is our basic plan at this point.

Q: What are you doing to save energy?
A: We’re in the process of re-tuning the rooftop units. Right now they’re not very energy efficient. In the summer, they’re taking 90-degree air and making it 68 degrees. In the winter, they’re taking zero-degree air and making it 68 degrees. We’re going to tune the air units regularly to regulate how much air the units are taking up. We have 12 rooftop units and they never stop taking in air and changing it all the time. We can regulate how much air they take in; instead of operating constantly, we can configure them to operate five times an hour. We can operate all during the day, then reduce the amount, and reconfigure them everyday. We’re hoping to save 30 percent of our costs that way. I think we’ll realize a large savings.

We’re the only correctional facility in the country operating on half-light. We shut down every other light in the facility to reconfigure what we spend on utilities. We receive certain amounts of money each quarter for taking the electrical load off the grid. [We] went to the Special Operations unit and asked if we could shut [the lights] off. We rarely use high-powered lighting outside at all. It’s probably not a huge savings but we’re trying to do the right thing and keep costs down. We have no outside movement except for the work crews so it has not caused us any issues at all. All fixtures we put in are energy-efficient to start with because the facility is only six to seven years old.

Right now, we’re also looking into 50,000 square feet of solar panels to put on the property. It’s in the early stages, [deciding on] where to put the panels, the square footage. We’re going to have a site visit soon and start analyzing what can be done.

Those are the things we’re trying to do energy-wise; a lot of green. We’re trying to get it as green as we possibly can. It seems to be a trend in corrections.

Q: Are there any retrofits planned?
A: We’re going to have a complete upgrade of the security system. It’s only seven years old but the security system is 14 years behind. There will be replacement of cameras and recording devices. There are issues with the cameras not being as crisp — software issues. The door will be secure but it won’t show secure on the touch screen. We haven’t had a lot of issues because of the age, other than it’s time [to upgrade].

We’re going to change our whole central control around. The cell doors are all pneumatic. They’re all sliders, so no upgrade and no issue. But our security upgrade will be to software, touch screens. Real security things we deal with.

We held meetings with our architect and we’re having meetings with security consultants weekly. Internally, we have been working on this for quite a while. We’ve just been given funding to proceed.

Q: What are you most proud of?
A: I’m proud of the way the facility operates, and I think it’s smooth. The everyday operations and how smooth they go is a great success. We’ve had some issues with the facility and to see how smooth it operates — it’s a pleasure to see it. There are a lot of people that take a lot of pride [in the facility] and it’s a big support to us.

My hat goes off to certain people and the way they function in this facility, [from] the officers that work the units, my guys, right up to the top administrators in the department. They are probably the greatest people I’ve ever worked for.