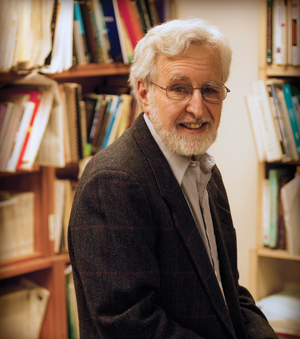 After 30 years of research, professor Richard E. Wener has published a review of jail environments and ways those inside experience them.

In “The Environmental Psychology of Prisons and Jails: Creating Humane Spaces in Secure Settings,” Wener correlates the creation and evolution of the federal Metropolitan Correctional Center in Chicago with developments in the environmental psychology of inmates.

In the first of two sections, Wener traces the history of correctional design and the development of the direct supervision model into the current style. Wener discusses the formation and effectiveness of direct supervision jails.

Wener moves on to address basic environmental psychological issues for both interpersonal and group functioning in terms of privacy, territoriality and personal space. He investigates a range of emotional response to overall environmental conditions such as noise, lighting and views of nature.

“At times correctional institutions seem to take on an onion-like quality as they develop layer after layer of features,” Wener writes, on page 243.

Reflecting on post-occupancy evaluations and how light and color impact moods and tendencies, Wener breaks down the different layers of prisons and jails. At the same time, he acknowledges only so much research can be done that is not hindered by the system.

The book tries to be a summary relevant for designers, according to Wener, who conceived the book when complex relations between sociophysical environments and human behavior began gaining attention. His work attempts to bring together sociologists, psychologists, architects, planners and designers and shed new insights on a range of problems.

“For those in the correctional planning and design community who are committed to evidence-informed solutions, Rich Wener’s work will broaden the knowledge basis and significantly improve outcomes,” said Stephen A. Carter, principal, CLG. “We now have, in one collection, the justification for dynamic security and management.”

“The Environmental Psychology of Prisons and Jails” synthesizes the relationship between policy, environment and behavior in correctional settings. Wener gives a detailed and accurate history of the unit-management concept and its impact on the operation and design of the direct supervision jails from the 1970s to now.

Wener is a professor of environmental psychology in the Department of Technology, Culture and Society at the Polytechnic Institute of New York University. His work began in 1975 and he has since conducted evaluations of dozens of prisons and jails and several surveys of correctional facilities. Wener has consulted in the area of design and planning for adult and juvenile detention and correction centers and was part of a team that studied conditions of confinement to help support revisions for the design of jails and prisons.

Below is the link to buy Professor Wener’s book, with a 20% discount offered to Correctional News’ readers from Cambridge University Press: