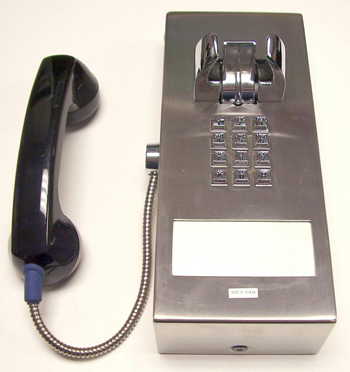 In an Unprecedented Move, ITS Providers to Offer Technology Free-of-Charge to Agencies

FRAMINGHAM, Mass. — For decades now, a nearly invisible security threat has imperiled the safety of correctional staff, the public, and inmates at literally every correctional facility in the nation. Now, Correctional News has learned that inmate telephone service providers have begun working with a leading provider of correctional intelligence and security technology to offer an effective solution for this problem.  And they’re preparing to offer it to any correctional agency or facility in the U.S. that desires it — free of charge.

The Invisible Threat
As Correctional News described in an article in the May/June issue, “Inmate-to-Inmate Phone Calls Found to Be a Significant Security Threat,” the threat in question is known as inmate-to-inmate communications, or ITIC. Inmate-to-inmate communications share the following properties:
• Through a variety of methods, inmates circumvent the inmate telephone system at a particular facility to communicate with another inmate at another facility, even if they are in different states
• Until recently, ITIC incidents were only found when accidentally stumbled upon by correctional staff
• Incidents are now known to occur with much wider frequency than previously known
• The majority of such communications involve criminal activities including coordinating murders, drug trafficking, racketeering, security threat group activities, as well as disturbances at multiple correctional facilities around the country.

Much of what is now known about the frequency and nature of ITIC events is due to a new breed of ITIC detection technology, known as the ICER system [Inmate Inter-Communication Evaluation and Reporting].

The ICER system, designed and developed by JLG Technologies of Framingham, Mass., employees new technologies and techniques to detect and report ITIC events that take place, and prevent such communications from happening in the future.

The ICER system was recently put to the test in a pilot study conducted by JLG and ICSolutions, a Keefe Group company headquartered in San Antonio, Texas. The testing, conducted at a small county jail in Maryland, as well as at the New Hampshire State Department of Corrections, concluded in late 2011.

Every day, inmates incarcerated in institutions around the country successfully communicate with other inmates using their agencies Inmate Telephone System (ITS). Inmates exploit conference bridges and other kinds of modern telecommunications technology, in addition to relying on called parties to bridge the calls themselves, place three-way calls, or even put two speaker-phones in proximity to one another, so that inmates can talk to other inmates.

“Typically, inmates who try to defeat security protocols to make covert communications happen with other inmates are not doing it for innocent purposes,” said Jay Gainsboro, president of JLG Technologies and creator of the ICER system. “They’re doing it to conduct gang activities, to smuggle drugs into correctional facilities, to order executions and extortion, and a whole list of other criminal activities.”

With more than 25 years in the correctional market and 34 years in telecommunications, Gainsboro has founded five successful high-tech companies. His customers have included AT&T, MCI, Sprint, GTE, British Telecom and the U.S. Government. Gainsboro founded his most recent company, JLG Technologies, in 2005. JLG’s Investigator Pro correctional intelligence and investigative security system, released in 2007, is now in use at more than 100 facilities in 23 states nationwide.

Thus far, reports Gainsboro, initial testing of ICER has revealed hundreds of ITIC events at just 10 facilities in three months. The results appear substantial: A significant number of criminal behavior events can now be detected and reported through the use of ICER technology. These results were so startling in the scope and nature of the calls they were able to uncover, they have become the focus of an industry-wide initiative to make ICER technology available to all.

Forming a Consortium
Late in 2011, Gainsboro faced a crossroads with this new ICER technology.

“ICER was clearly of enormous benefit to the corrections community and the public. We knew that, but only because the ICER system was able to reveal that.” For Gainsboro, what started out as a business decision turned into a quandary. “The problem we solved with ICER was so hard to see, that most people, even in the correctional community, didn’t realize the extent of the ITIC problem. “In the end, it certainly wasn’t an issue that the industry felt was worth paying for.”

In the midst of deciding whether to put the ICER technology on hold for want of a market for it, Gainsboro received a call. “A 250-bed county facility in Maryland had realized they had an infestation of ITIC callers on their hands. With the ICER system fully developed, we were able to help St. Mary’s County correctional facility to determine the extent of the problem.”

Michael Merican, commander of the Corrections Division of the Sheriff’s Office of St. Mary’s County in Maryland, placed that initial call. He knew he had a problem from ITIC events on his hands. According to Merican, “I probably have had at least six arrests [from ITIC events] from phone call monitoring in just the past two years [in a 250-bed facility].”

Within a matter of weeks, the ICER system had started to identify inmates who were using the ITS to call other inmates inside the same facility. Four ITIC events were discovered almost immediately, with more to follow.

Commander Merican was amazed at how quickly everything happened. “I just couldn’t believe how fast these guys came up with a solution that was so effective.”

The sequence of events struck Gainsboro, and turned the gears in his mind. “If we formed an organization around ICER, JLG Technologies could donate the ICER technology, ITS providers would donate resources, and we could get the technology to the people who could really benefit from it — and at a really unbeatable price: Free.”

For Gainsboro, the equation for what soon became known as the “ICER Consortium” was simple.

“We share the technology, inmate telephone service providers agree to donate resources for computer systems and training, and offer to share the service, and correctional agencies agree to share data for the benefit of all correctional agencies,” said Gainsboro. “We recognized the sensitivity of agencies’ audio recording data from the beginning. So we built a system that didn’t rely on it.”

Indeed, the ICER system neither asks nor requires correctional facilities to transmit audio files. Further ensuring agencies’ comfort with ICER, the system was designed to keep each agency in complete control over the nature of the data that was shared for the benefit of all. Moreover, Gainsboro emphasized that ICER data is fundamentally secure and anonymized to outsiders at the agency’s discretion.
More importantly, each agency is always in complete control of the level of sensitivity of any data transferred. The ICER system allows the agency to control what data is transmitted to the ICER system.

The rest was relatively simple. Prompted by a phone call from Gainsboro, leading industry ITS providers were excited by the idea of working with JLG Technologies to share the technology with their customers — correctional agencies and facilities around the United States. ITS providers who have joined the ICER Consortium to date include IC Solutions, Securus Technologies, PayTel Communications, Century Link, and GTL (Global Tel*Link).

“What’s significant about ICER is that it’s the first time in my career that all the parties have come together,” said Gainsboro. “JLG Technologies came up with the system, providers agree to provide resources and the agencies agree to share data. It’s a win-win-win. The public benefits, the correctional agencies benefit, and ICER members know that they are making a difference.”

A New Kind of Correctional Union
ICER works in a surprising variety of situations, but it only works when correctional facilities on both sides of the call have the technology. This requirement poses no issue when the two inmates talking are in the same facility, as has been seen on numerous occasions.

When the two inmates are in different facilities, or in different states, or even in different systems, the calls are still detectable — but only if both agencies have the ICER technology and share the anonymized data. The more agencies that are able to take part in the ICER system and the share of ICER data, the more ITIC calls get caught in the net. By sharing the data with other agencies, more ITIC events are found and exposed.

The Collaboration
Initially, Gainsboro was concerned whether ITS providers would agree to work with JLG, knowing they’d be doing so with their competitors.

Vince Townsend, president of PayTel Communications, said, “We’ve always been committed to helping correctional agencies fulfill their mandate to protect the public. Joining the consortium to offer ICER protection is the right thing to do, since it helps us all fulfill this goal.” Added Townsend, “And I love that we can help keep agency staff safer in the process.”

Said Brian Oliver, CEO of GTL, “This is an exciting opportunity for the industry to work together on behalf of all our customers.”
Starting in January of 2013, all ITS providers who are members of the ICER Consortium will begin offering ICER protection free-of-charge to any and every agency or facility that they currently provide Inmate Telephone System service to.

“It won’t be mandatory,” added Gainsboro. “We don’t want to force anyone into anything. All an agency or facility has to do is contact their Inmate Telephone System provider and request it.”

Joining Up
Interest in ICER is strong from agencies and ITS providers alike. Already, State Departments of Corrections in New York, Missouri, Iowa and Maine have expressed interest in obtaining what Gainsboro calls, “ICER protection.”

According to Alex Fox, former Massachusetts DOC Director of Security Technology, past president of NTPAC (Northeast Technology Product and Assessment Committee) and current vice-chair of the ACA Technology Committee, “It’s such an insidious problem, nobody could have appreciated the seriousness or the extent of the security breach that every correctional facility faced with inmate-to-inmate communications before ICER. ICER has not only made me appreciate this serious problem, but it has also provided a welcomed and effective solution to it.”

Similarly, if you manage or work at a correctional agency or facility and are interested in ICER protection, the ICER Consortium invites you to register your interest at:

How important is this collaboration? According to Captain Michael Merican, Warden of St. Mary’s County Jail, “Any agency that doesn’t get this service is really leaving themselves open to a significant series of security threats — in addition to imperiling its staff, its inmates, and the public.”

Dave Woody, formerly of the Federal Bureau of Prisons, when asked his opinion of ICER, said, “It has some wonderful potential. Honestly I think that there’s been a need for a coordination of efforts between federal, state and county prisons, where that type of information is shared. You’ve got a lot of inmates in federal prison that have connections with inmates in state prisons, and they’re connecting.” Added Woody, “With this product, you could actually use it across all these types of entities, that could even relate to national security.”