With More Than Four Decades of Experience, Fred Moyer Has Been Involved In Many U.S. and International Criminal Justice Projects That Have Helped Change the Architectural Landscape

“Architecture has never been work for me; it’s something I love,” says Fred Moyer, FAIA, president and founder of Moyer Associates Inc., a Chicago-based criminal justice planning and architectural firm.

“My father was an engineer and inventor, who had wanted to be an architect — he was a strong influence. I grew up drawing and building things with him. Looking back, I can see that he was my first teacher — and creativity was his subject. And growing up in Chicago, a city rich in its architectural heritage, also had its own influence on me.”

A trip at age 15 to more than 30 countries on a 12-passenger freighter also further exposed him to a world of culture and architecture.

“I even came back speaking some Arabic, which I still know and have used in our projects in that part of the world today,” recalls Moyers. “I was drawn to this arena where art and science are brought together, purposes are served and problems are solved, aspirations are expressed and, hopefully, the environment is respected and made more beautiful.”

An architect since 1968, Moyer formed his firm in 1977 and decided to focus on public safety and criminal justice projects — an area, he says, where construction had been severely neglected.

“Not only were conditions deteriorated and functionally obsolete, but they did not enjoy the status of being considered architecture. There was little respect for the humanity of the people who lived and worked in them. I have spent the past 42 years trying to change that picture.”

And help change this, he has. In 1970, he became involved with the Law Enforcement Assistance Administration (LEAA), U.S. Department of Justice, which had anticipated the passage of the Part E Amendment to the Omnibus Crime Control and Safe Streets Act of 1968. Moyer said it needed contemporary planning and design guidelines to accompany the “advanced practices” mandate of the legislation, which would bring federal bricks and mortar money to this area. 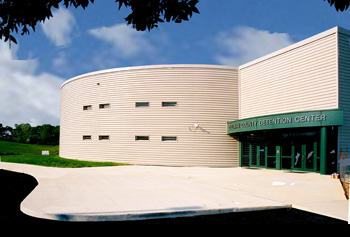 As the director and participant in research conducted by a small multi-disciplinary team to develop these guidelines, Moyer was tasked with establishing a National Clearinghouse for Criminal Justice Planning and Architecture to review projects seeking LEAA funding participation and advise on their compliance with the guidelines, as well as much more.

“We developed guidelines for the planning and design of programs and facilities in adult corrections, juvenile corrections, courts and police,” he recalls. “Technical assistance was delivered nationwide in each of these areas as well. We grew from the initial 3.5 full-time equivalents to 145 multi-disciplinary staff and were involved in over 3,000 projects.”

The clearinghouse focused on alternatives to incarceration, attention to individual need, the use of facilities as a last resort, and the incorporation of programming that could help foster the social reintegration of the offender.

“And, for those facilities needed, a design that provided a supportive environment for the attainment of its goals,” he adds. “The guidelines we produced described a planning and design process and sought to link identified needs with appropriate responses.”

Justice Planning Model
Additionally, over the past 28 years, Moyer Associates has developed and refined the Criminal Justice Collaborative Planning Model that has been very effective in developing the planning, programming and design of justice facilities. 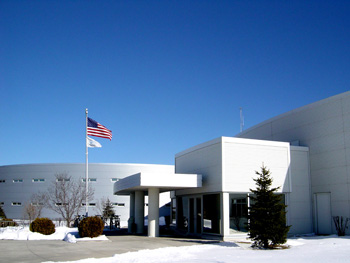 “I believe that all of our experiences help to inform and shape the ones to follow,” Moyer says. “In my case, the 12-step, “Total Systems Planning Process” of the national clearinghouse evolved into a seven-step ‘Criminal Justice Collaborative Planning Model’ at Moyer Associates Inc. The critical distinction isn’t in the number of steps, but in the definition of participants and their roles.”

The clearinghouse provided a solid foundation with a systems approach to problem definition and solution responses. His firm carried this framework forward to define specific facility planning and design tasks and identify their client/consultant responsibilities.

“For me, personally, it has meant I am focusing on a smaller number of projects than what was done at the clearinghouse, but am engaged in a very intensive manner in each with the client, including the line staff, administrators, and with the decision-makers and agency representatives. The process also includes the public as participants in the planning and design process.”

When asked the secret to his success, Moyer says that through his work with the U.S. Department of Justice in the 1970s, his firm — which has 10 full-time staff — has the unique position of having developed the planning and design guidelines for corrections, courts and police facilities that have changed the way they are approached throughout architectural, construction and manufacturing communities.

“These guidelines redefined contemporary practice. From the beginning, clients contacted us because they were aware of this; they still contact us for this reason, although now there are the added reasons that come with the work we have done during this time.”

He adds that his firm’s attention to its projects is not confined to certain hours of the day or designated days of the week.

“Inspiration and furthering of the project quality occurs at all times. There’s probably a combination of Pennsylvania Dutch — my father’s roots — and Midwest ‘work ethic’ that underlies this.”

International Scope
Moyer Associates has had the privilege of working on a wide range of different facilities, including projects in the Middle East.

While he is not at liberty to discuss certain international projects, one in the U.S. that he can freely elaborate on is a work-release facility in Sheboygan County, Wis., that also caught that caught the eye of Cullman County, Ala., officials.

The Sheboygan County Detention Center project initially involved the design of a work-release facility as a satellite to an existing downtown-located jail facility. The program was developed to include secure beds in response to overcrowding of the main jail facility.

“A further design directive from the client included the ability for the new facility to be easily expanded in the future,” he explains. “The design that resulted features exceptional staffing efficiency and operational cost savings. Initial construction included a service core that can accommodate an ultimate build-out to 664 beds. Further, each phase of future expansion beyond the initial construction can be accomplished without disruption of ongoing operations of the then-occupied facility.”

Following this project, Cullman County, Ala., retained Moyer Associates with a local architect with the mandate to develop a correctional facility that was both economical to build and efficient to operate. County representatives and the design team visited Sheboygan for a first-hand inspection. Many principles were implemented at the Alabama facility such as direct supervision throughout, with unescorted noncontact visitation occurring at the housing units. Support functions surround the prisoner housing and provide a visual buffer and barrier between its surroundings.

Though Moyer Associates has been very successful for more than four decades, the firm has not been immune to challenges. For instance, numerous projects in recent years have been placed on hold by clients due to financial circumstances, while others have proceeded.

“Several factors have helped us in this time,” says Moyer. “One is the fact that we are not concentrated or limited to one sector of the criminal justice system. Our practice is equally distributed in corrections, courts and police, as well as in complexes that include county or municipal administrative functions with certain of these components.”

Additionally, throughout the past 12 years, Moyer and his team have worked on international projects in corrections, courts and police that have been of enormous magnitude.

As for the future, Moyer simply says. “When you enjoy what you do, and you enjoy the people you are doing it with, success is a more likely outcome. Our firm’s plan is to keep doing what we’re doing, and keep on learning.”