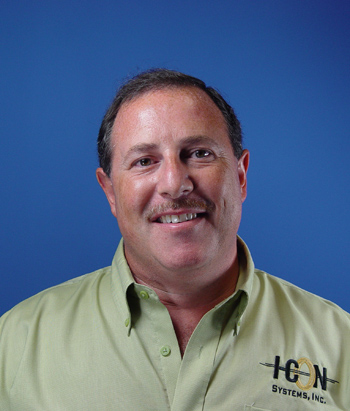 Shawn Bush is the president and chief executive officer (CEO) of I-CON Systems Inc. He co-founded the company in 1994, and has more than 20 years of experience designing and manufacturing electronic plumbing control systems for the commercial and correctional industry. He has authored over 30 U.S. and Foreign patents (both issued and pending) on plumbing-related control systems. He has been published both nationally and internationally in numerous correctional publications. Bush is a member of the National Society of Professional Engineers, American Society of Mechanical Engineers, American Society of Plumbing Engineers, UCF Grow Florida CEO Roundtable, and the Young Presidents Organization.

Q: What are the best-practices for electronic plumbing controls in jails? In prisons?
A: Electronic plumbing controls are suited for high security areas, where a plumbing system is subject to a high level of abuse by inmates and the facility’s control of water is often limited. The ability to control water consumption while managing security issues are two of the greatest advantages offered by electronics.

Q: How does a flush valve system (as opposed to another type of system) save water in a correctional setting?
A: With an electronic flush valve system you can control runtimes and lockouts as well as the amount of water used during each flush. The key factor is reducing the amount of water that is used for every flush, where 90 percent of the actual savings comes from. The other 10 percent is achieved by the lockout features where the number of flushes is limited per hour. For example, our system can take a 3.5-gallon fixture’s flush down to 1.6 gallons and a 1.6 fixture down to 0.9 gallons and still pass all plumbing tests and comply with plumbing codes. Our electronic flush valve is linked to a controller that allows the facility to control how much they would like to save based on their setting; the savings can add up quickly.

Q: What security measures does the flush valve system contain to ensure it is tamper-proof?
A: Typically, most facilities will have a manual flush valve with little to no control of how often an inmate can flush. Inmates will use the toilet to flush bed sheets, clothing and contraband. We’ve designed a system where if an inmate flushes twice within five minutes, the control panel locks the toilet for an hour. Inmates will also often abuse a typical system by flushing repeatedly to lower the water pressure, which will not allow a manual flush valve to seal and eventually floods the cell. We’ve solved that problem by designing an electronic flush valve that will seal with minimal water pressure, preventing inmate-induced and other potential flooding scenarios. Officers can also use a computer monitoring system linked to each flush valve to see who is pushing the flush button like crazy and can shut down the water before a contraband search. The officers can then go search that particular cell first.

Q: How many facilities have installed your company’s flush valve system? Are most of your jobs in jails or prisons?
A: Over 400 facilities throughout the U.S. and Canada have installed our products. They range from Federal Bureau of Prison (FBOP) facilities, to state prisons and county jails. They all share a common objective, to increase security and improve water conservation.

Q: Is there a difference in the type of system you would install/manufacture for a jail versus a prison?
A: No, these systems are designed for any size detention facility and can be used to retrofit an existing plumbing system or for new construction applications. We can also adjust our controllers and touch screen computer system based on the layout and needs of the facility.

Q: How does climate affect the system and choice of system when it comes to water savings?
A: We have installed our system in facilities in Canada to Florida and as long as the system has a water resistant controller without penetrations in the lid, conformal coating on the printed circuit board (PCB), and is properly designed, the system should not be affected by climate.

Q: How much cost savings and energy savings have been achieved with this type of system in correctional facilities?
A: We install a meter to monitor before-and-after water usage at a facility for 30 days and compare the manual system to our system, and we typically see 65 percent to 80 percent savings in water.