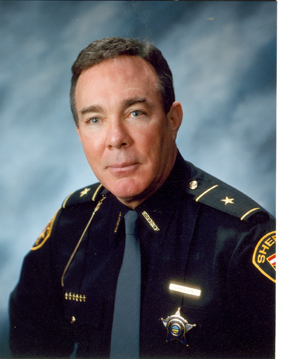 “In the decisions we make as law enforcement officers, we must always ask, ‘Is this decision ethical? Is it honest? After I make this decision, will others think of me as a person of integrity?’ That’s the standard. That’s the test.”

It is this sentiment that Summit County, Ohio, Sheriff Drew Alexander lives by. A United States Army veteran, Alexander has nearly 40 years of law enforcement experience, having spent the last 11 years as sheriff.

“I still remember my first day being sworn in like it was yesterday,” Alexander said. “I’ve had a blessed career. I’ve worked with great people.”

As sheriff, Alexander hired more than 300 of those great individuals, and nearly half of them are military veterans. Alexander makes it no secret that he cares about veterans and says military personnel make great police officers.

“This military generation is an outstanding group of young people,” Alexander said. “I have a soft spot for anyone who gives up part of their life for their country.”

His years of hiring veterans are getting noticed. Alexander was recently awarded the Ohio Air National Guard’s Patriots Award through the Employer Support of the Guard and Reserve program. He credits the hard work of his staff in helping achieve this recognition. “It’s really an agency award. It goes to all staff.”

“It’s nice. I’d continue to do it whether or not I had received the award. Maybe we’ll work even harder to show we deserve this award,” Alexander said.

He is also committed to providing quality health care services for the detainees of the Summit County Jail. That is why he is proud of the health care program he has in place with Advanced Correctional Healthcare for the detainees with its focus on raising the standard of detainee care while containing costs, despite an economy where expenses keep increasing.

“I appreciate the professionalism of [the program],” he said.

Sheriff Alexander’s program focuses on the quality of care delivered in the jail setting, as well as enhancing the overall health of detainees through the use of appropriate medications and counseling. With this mission at the forefront, chronic illnesses, such as diabetes and hypertension, are better managed upon the detainee’s release into the community. In fact, records from the sheriff’s Continuous Quality Improvement/Risk Management Program indicate the detainees achieve better care results than if they see their community physician.

Nationwide, the jail’s health care company has documented an improvement in the health of diabetic patients by lowering the HA1C test by an average of 1.32 over four months.

At the Summit County Jail, detainee blood pressure dropped an average of 24 points systolic and 8 points diastolic over a four-month period. This is a major advantage for the jail in improving the long-term wellbeing of the detainees.

The 700 detainees (average population in 2011) receive physician and nursing services, as well as a number of other services, to improve the medical operation.

Alexander stands for what he calls important issues. He believes child abuse and neglect not only hurt kids today, but will also create an increase in crime in the future. He has contacted state lawmakers to support federal funding for home visiting programs in Ohio.

Another important issue is the at-risk kids being released from the Summit County Juvenile Detention Home. This project is called Juvenile Diversion. Alexander is asking retired police officers, experienced in dealing with teens, to help with this program.

The most recent initiative Alexander has taken was to no longer accept violent, mentally ill and mentally disabled people arrested by area police into the jail.

“We’re not going to be a dumping ground anymore for these people,” he said.

Alexander believes these people belong in a mental hospital in order to get the treatment they need. For them, being incarcerated in a jail is inhumane. The sheriff has set a new policy in which violent, mentally ill arrestees have to be treated at a mental health clinic or hospital before being sent to the county jail. The policy is only directed at the violent, mentally ill arrestees. The county is not refusing to house them, but rather asking that they be treated prior to being brought to Summit County Jail. It is designed to improve safety for other detainees and staff. He said he is unaware of any other county with such a policy.

“I feel I have accomplished many of the goals that I set upon first taking office. I leave this office as being one of the most highly regarded law enforcement agencies in the state and in the country. This was accomplished through the dedication of all the employees of the Summit County Sheriff’s Office. I remain extremely proud of the men and women of this agency and the many achievements we have accomplished together.”

Alexander will not be seeking another term as sheriff effective January 2013. He said it is time to retire and enjoy his family and friends.

Kathy Gallo is marketing/training coordinator at Peoria, Ill.-based Advanced Correctional Healthcare, which has been in business since 2002. The company currently operates at 216 sites, in 17 states, providing health care to more than 28,000 inmates.