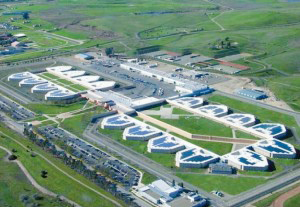 OAKLAND, Calif. — California’s ongoing prison realignment adventure continues to evolve as various counties come up with their own unique strategies for addressing a changing justice system.

The U.S. Supreme Court ordered the state to lower its inmate population by nearly 34,000 people in May of 2011. Governor Jerry Brown and the state legislature responded by passing multiple realignment bills as part of the negotiations on the state budget later that summer.

The plan to reduce the state’s prison population went into effect in the fall of 2011, sending “less serious offenders,” those sentenced to less than three years, back to the county level, along with some of the funding the state was using to house them in prison. This policy only applies to offenders convicted after the law was changed.

Given that the state couldn’t afford to house all its prisoners with a level of supervision and safety that the feds found acceptable, most observers have concluded that this move essentially forces law enforcement to change priorities on who they arrest and how they sentence or encourages them to send more offenders to probation or electronic monitoring programs instead of jail.

The new law also places these prisoners on probation when released, instead of parole. The main distinction is that small parole violations used to send prisoners immediately back to prison with no new trial, which is no longer be the case. New crimes committed by recently released prisoners now have to be tried as separate cases.

When the change first occurred, there was a large philosophical debate in the Golden State about whether realignment would help boost the state’s recovering economy or lead to a drastic rise in crime rates. Now realignment feels a little bit more like a fact of life and individual counties and communities are engaging in their own debates about how to use the funding received from the state.

The Alameda County Board of Supervisors chambers recently became the center of one of these debates as the American Civil Liberties Union and local community groups voiced their objections to a plan that allocates $25.1 million for the county’s probation department, district attorney, public defenders and sheriff department, leaving $4.1 million for community groups providing housing programs, employment assistance and behavioral health services to inmates who have recently been released or will be soon.

Community groups like the Alameda County Coalition for Criminal Justice Reform, East Bay Community Law Center, Urban Strategies Council and Youth Uprising, objected to the lack of a specific budget for the funding allocated to county departments. In the previous year, the $25.1 million allocation essentially acted as a relatively untracked pool of funding that public safety departments could tap into as needed.

The local groups accused the sheriff’s office of using the realignment funds to backfill previous budget losses that occurred during the national financial downturn, rather than targeting it specifically at reducing recidivism. Last July, Sheriff Greg Ahern warned that his department could face state receivership if he didn’t receive some form of backfill for those funding losses because of inadvisable staff-to-inmate ratios at the local Santa Rita and North County jails.

Critics respond that the county’s jail population actually decreased by 494 inmates over the last year, meaning realignment hadn’t adversely impacted the department or changed the equation. The Oakland Tribune pointed out that this was the largest drop in jail population by any county in the state.

After hearing the community groups’ complaints, the supervisors sent the realignment funding issue back to the committee level, with Supervisor Richard Valle exclaiming, “I’m just asking for a budget for how you would use that money. Somewhere there must be an allocation of those funds.”