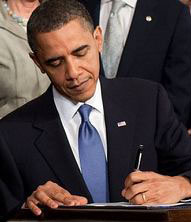 WASHINGTON — As eligibility requirements take change, the 2014 implementation of the Patient Protection and Affordable Care Act (ACA) will expand Medicaid to the nation’s current and former inmates, if states opt to expand.

The health care reform act, which provides medical care to Americans who make less than 133 percent of the federal poverty line, will also provide health care access to the more than 650,000 parolees annually who generally leave behind health services when leaving a correctional facility. While inmates are able to receive constitutionally mandated health care within a correctional institution, receiving medical care after incarceration is often an overwhelming challenge for former inmates.

With high rates of unemployment, chronic disease and mental health disabilities disproportionately affecting former inmates, the expansion of Medicaid has prompted a flood of recent studies that suggest the act will have great impacts on recidivism and public safety.

“The expansion of Medicaid means that states can essentially use federal Medicaid funds to increase treatment services that could reduce incarceration and recidivism and, in doing so, potentially lower local and state corrections expenditures,” said a study by The Sentencing Project entitled “The Affordable Care Act: Implications for Public Safety and Corrections Populations.

The study, written by Susan Phillips, senior research analyst, notes that those who spend time in a correctional facility are more likely to suffer from mental health problems, addictions, tuberculosis, Hepatitis C, HIV infections, diabetes, asthma and hypertension among several other health conditions.

Though many people in the general population rely upon employer benefits to acquire healthcare, former inmates face the additional challenge of high unemployment rates and therefore are unable to attain those valuable employer benefits.

“Additionally, people who have been incarcerated face enduring barriers and the stigma associated with having a felony conviction,” the study said. “Consequently, they also face enduring challenges obtaining employer-based health insurance.”

After inmates receive parole, they also often rely heavily upon costly medical emergency room visits to attain any form of healthcare, according to a study developed by the School of Public Health and Health Services at George Washington University.

The study, “Medicaid Coverage for Individuals in Jail Pending Disposition, Opportunities for Improved Health and Health Care at Lower Costs”, found that of the “largely uninsured” former inmate population, 70 percent sought health services within 10 months of paroles, 30 percent of which visited the emergency room. Former inmates are 40 percent more likely to a have a general health condition and 30 percent more likely to have multiple medical conditions than the general public, according to the study.

A large percentage, approximately 65 percent, of inmates booked into local jails meet criteria for a mental illness. If left untreated, the former inmates often left to cycle back to the correctional system, the study said.

“In fact, jails and prisons are the largest institutions to house individuals with mental illness in the United States,” the study said. “These conditions often go untreated, increasing likelihood of incarcerations, rates of recidivism and costing an estimated $79 billion in lost productivity.”

High rates of substance abuse and addiction also take their toll on recidivism rates. The study states that approximately 50 percent of all former inmates are dependent upon some sort of addictive substance. Released inmates with drug addictions experience high rates of drug-related homicide and suicide as well as recidivism.

With health conditions, mental illnesses and substance abuse rates high within the population, former inmates are also at risk for homelessness seven to 11 times higher than the general population.

Each study recommended that states expand Medicaid to former and current inmates for cost efficiencies, pubic safety and reduced recidivism.

“Although not without its challenges,” the study said. “Extending coverage to this highly vulnerable population would result in significant cost savings for states and counties along with commensurate quality of life benefits to millions of individuals who have been left out of reliable access to health care and stronger social structures for the communities in which they live.”