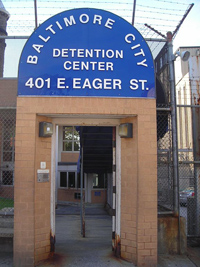 WASHINGTON — Results from the Bureau of Justice Statistics survey of the nation’s correctional facilities find that 4 percent of state and federal prison inmates report being sexually victimized by other inmates or correctional staff. Approximately 3.2 percent of inmates in local jails reported one or more incidents of sexual victimization.

Released May 16, the “Sexual Victimization in Prisons and Jails Reported by Inmates, 2011-2012” report states that about 80,600 inmates have been sexually victimized in the 12 months preceding the survey time, which took place between February 2011 and May 2012.

Mandated by the Prison Rape Elimination Act (PREA) of 2003, the statistics department is required to review no less than 10 percent of correctional facilities in the U.S. in order to provide an annual update as to how facilities are seeking to comply with PREA, which calls for prisons and jails to adopt a zero-tolerance policy on rape and sexual misconduct. The first annual study completed in 2007. The statistics department reviewed 233 state and federal prison, 358 county jails and 15 special confinement facilities in order to compile the report.

The report also reveals that LGBT inmates, female inmates and inmates with mental illnesses are more likely to report sexual victimization. LGBT inmates with “serious psychological distress” reported the highest rates of inmate-on-inmate sexual victimization with 21 percent of prison inmates and 14.7 percent of jail inmates reporting one or more incidents.

Inmate advocates have used the new study as proof that sexual victimization policies in correctional facilities are desperately in need of improvement.

“The fact that so many people with mental illnesses are being locked up is, in itself, profoundly disturbing,” said Lovisa Stannow, executive director of Just Detention International, in a statement. “It’s simply unacceptable that, while behind bars, these inmates are subjected to horrific sexual abuse rather than getting the help they need.”

Juvenile inmates, aged 16 to 17, housed in adult jails or prisons were found to be at no greater risk for sexual victimization. However, prison youth advocates who say minors should not be housed in adult correctional facilities have questioned these findings.

“This study tells us that youth face sexual victimization in adult institutions, but due to underreporting by youth in challenging adult facility conditions, we need more research to know more about this problem. Previous studies and the experiences of young people in the adult criminal justice system document that youth are at greatest risk of sexual victimization in adult jails and prisons,” said Liz Ryan, President and CEO of the Campaign for Youth Justice. “The report underscores the urgency for U.S. Attorney General Holder and the nation’s governors to redouble their efforts to fully implement the Prison Rape Elimination Act’s Youthful Inmate Standard by removing youth under 18 from adult jails and prisons.”

The Denver Women’s Correctional Facility was indicated as having the highest rate of staff sexual misconduct in the nation with one in 10 women being sexually abused by a member of staff.

"I will not tolerate staff sexual misconduct," said Roger Werholz, interim director of the Colorado Department of Corrections, in a statement. "While the department has taken a number of steps to enhance security and to do everything possible to ensure offender safety, we will analyze these findings for opportunities to make further improvements."

All state prisons and local jails must be in compliance with PREA standards by August 20, 2013, at which time will begin the first PREA audit cycle. In order to create transparency of these standards, the National PREA Resource Center recently released its audit instrument used to monitor PREA standards.

The tool, which is pending approval by the Department of Justice (DOJ), includes a process map, checklist of documentation, pre-audit questionnaire, auditor compliance tool, instructions for PREA audit tour, interview protocols and auditor report. After finalization from the DOJ, the audit instrument will become available in summer 2013. The PREA Resource Center will begin training certified auditors in June 2013.

In a conversation with Allen Beck, senior statistical advisor at the Bureau of Justice Statistics and author of the report, Correctional News discusses the findings of the sexual victimization reports of 2011-2012.