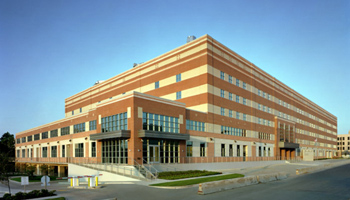 AUSTIN, Texas — The Texas House of Representatives and Senate have approved a pilot program that would provide inmates with mental illnesses with additional resources in social, clinical, housing and welfare services in the first weeks after release.

The Mental Health Diversion Program, sponsored by Senator Joan Huffman, R-Houston, aims to redirect inmates with mental illnesses to the appropriate medical or social programs deemed more suitable for their specific treatment. The program, to be implemented in Harris County Jail, will also strive to reduce recidivism.

“Our hope is that we can break the cycle in which those with a mental illness are released from jail with no medication to control their illness, no housing and no support system – only to collide once again with law enforcement and our criminal justice system," said Harris County Judge Ed Emmett, in a statement. "This is a far more humane, not to mention less expensive, way to treat our neighbors with mental illness."

“Keeping nonviolent people with mental health issues out of our jails is the fiscally and socially responsible thing to do,” Huffman said in a statement. “It costs around $137 per day to keep someone behind bars and $12 per day for community health services. The majority of these individuals in the Harris County Jail never received the services they needed — services that probably would have kept them out of jail in the first place.”

State and local officials have recognized that the facility has inadvertently become the state’s largest mental health care provider. With $5 million in funding provided by the state each year until 2016, the program will be monitored and results will be calculated in order to identify if the program can serve as a model for other Texas correctional facilities.

Judge Emmett believes that the bill is one of the most essential pieces of legislation to be produced from this legislative session.

“It allows Harris County to save millions of dollars by implementing a program that seeks to treat, rather than punish, mental illness in our county,” Emmett said. “If this program is as successful as I expect it to be, it will surely serve as a model for the rest of the state, and perhaps the nation, in years to come.”

Senate Bill 1185, which was co-sponsored by Senator John Whitmire and Representative Senfronia Thompson, both representing Houston, was sent for the approval of Governor Rick Perry May 25.