MERIDAN, Miss. — Mississippi is currently under scrutiny for the “less than ideal” conditions at East Mississippi Correctional Facility in Lauderdale County, Miss., near Meridian, Miss.

New York City-based American Civil Liberties Union (ACLU), along with Mississippi-based Southern Poverty Law Center (SPLC) have filed a class-action lawsuit against the state of Mississippi over conditions at the prison, ranging from isolation to unsanitary living spaces. In a report by a local news station they mentioned “the toilets are often broken and the cells are infested with rats.”

The prison is a private, for-profit prison ran by Utah-based Management and Training Corp. (MTC) since July, prior to MTC taking control, another for-profit company, Boca Raton, Fla.-based GEO GROUP, operated the prison. MTC is not mentioned on the lawsuit — instead the state is solely named because according to the lawsuit, the state knew about the conditions but did not take action.

The facility opened in 1999 and has more than 1,500 beds. Inmates at the facility are often treated for mental health issues. Violence at the prison has increased over recent years and the lawsuit sites, “Prisoner-on-prisoner stabbings and beatings are frequent because the locking mechanism on the cell doors can be readily defeated, and some officers are complicit in unlocking doors to allow violence to occur.”

This is not the first time that the East Mississippi Correctional Facility has been in the spotlight for unfavorable news. Back in 2011, Dr. Terry Kupers, a psychiatrist who studied conditions at the facility, said that an overburdened prison psychologist, inefficient mental health programs and staffing problems, plagued the prison. 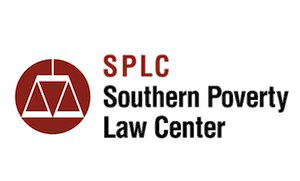 According to a statement by the American Civil Liberties Union, medical conditions are so poor that one inmate went blind from glaucoma and another had a finger amputated when he failed to receive treatment for gangrene. Also, the Southern Poverty Law Center alleges, “Many cells lack light and working toilets, forcing prisoners to use trays or plastic bags that are tossed through slots in their cell doors. Rats often climb over prisoners’ beds. Some prisoners even capture the rats, put them on makeshift leashes and sell them as pets to other prisoners.”

Although the allegations are severe, those working at the prison say the care has significantly improved since MTC took control almost a year ago. According to Issa Arnita, spokesperson for MTC, since the company has taken over the offender-on-offender assaults have decreased by 74 percent and use-of-force incidents have dropped by 60 percent.

“Operationally, it’s a much better place, not just for the offenders, but the employees,” said EMCF Warden Frank Shaw, in a statement.

ACLU and SPLC disagree with the statements made that the prison is “much better now,” saying that they have visited the prison regularly since 2010 and conditions have actually worsened since MTC took over.

“We were there two weeks ago,” said Jody Owens, director of the SPLC’s Jackson office. “This is happening right now.”

Arnita and Shaw don’t deny that there are present issues at the prison but stand strong with their position that conditions have improved.

“Do we still have issues? Sure. It’s a prison. It’s the nature of the business,” said Shaw. “But we do everything we can to make it better for the offenders and the employees.”

Shaw also commented in a statement that many of the inmates that are listed on the lawsuit are among the prison’s most severe cases and described them as men who have assaulted staff, been caught with contraband and don’t function well in the normal inmate population.