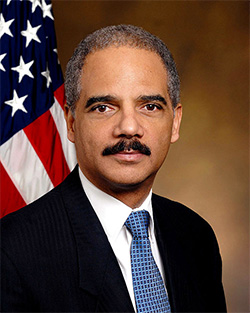 In a speech to the American Bar Association, the attorney general said the criminal justice system should take a more focused effort to reduce crimes of violence and reconsider the current standards of mandatory minimum sentences for drug-related crimes. Several changes in the Justice Department’s handling of prison sentences were announced.

“It’s clear, as we come together today, that too many Americans go to too many prisons for far too long, and for no truly good law enforcement reason,” Holder said in a statement. “It’s clear, at a basic level, that 20th-century criminal justice solutions are not adequate to overcome our 21st-century challenges. And it is well past time to implement common sense changes that will foster safer communities from coast to coast.”

“By reserving the most severe penalties for serious, high-level, or violent drug traffickers, we can better promote public safety, deterrence, and rehabilitation – while making our expenditures smarter and more productive,” Holder said in a statement.

“And it is the smart thing to do as well, because it will enable us to use our limited resources to house those who pose the greatest threat,” Holder said in a statement.

Finally, the criminal justice system will now seek out alternative methods and diversion programs such as drug treatment and community service initiatives. Holder also announced that he had directed every U.S. Attorney to designate a Prevention and Reentry Coordinator in his or her district for added emphasis to the diversion efforts.

“The bottom line is that, while the aggressive enforcement of federal criminal statutes remains necessary, we cannot simply prosecute or incarcerate our way to becoming a safer nation. To be effective, federal efforts must also focus on prevention and reentry,” Holder said. “We must never stop being tough on crime, but we must also be smart and efficient when battling crime and the conditions and the individual choices that breed it.”

Another impact of the overcrowded, inefficient prison system is its economic burden to taxpayers, Holder said. According to Holder, in 2010 alone taxpayers shelled out $80 billion to fund a system described as both ineffective and unsustainable. Holder also cited the statistic that although the U.S. holds only 5 percent of the world’s population, it represents 25 percent of inmates.

“Today, together, we must declare that we will no longer settle for such an unjust and unsustainable status quo. To do so would be to betray our history, our shared commitment to justice, and the founding principles of our nation,” Holder said. “Instead, we must recommit ourselves, as a country, to tackling the most difficult questions, and the most costly problems, no matter how complex or intractable they may appear.”