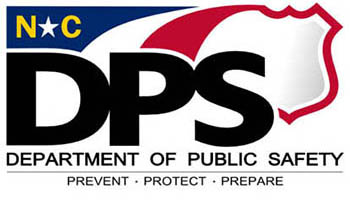 LUMBERTON, N.C. — Robeson County has faced several issues recently with the closure of the Robeson County Correctional Center (RCCC) on Aug. 1. The jail, one of five to be closed in N.C., was shut down to help the state save money. The prison closures stem from Gov. Pat McCrory’s budget of $20.6 billion for the state. The prisons to be closed were chosen specifically because they were in need of substantial repairs. N.C.’s inmate population is decreasing as well, rendering the continued operation of these facilities unnecessary.

While some fought against the prison closure, arguing that it would further weaken N.C.’s economy, Sen. Michael Walters stated, “At the end of the day, this is all about how we have to streamline the operations of government.” He claimed that the prison closures were a good example of how the state’s government had to learn to work with less.

The Robeson County Correctional Center featured a minimum level of security and housed a maximum of 304 male offenders. The prison contained 276 inmates when it was closed. The prison, located on 102-acre expanse of land, first opened in 1930. The state took over the facility’s operations in 1931, and housed African American inmates who supplied road-building labor for the state. The inmate population grew to include the state’s Native American population in the 1950s as well.

The prison underwent numerous construction efforts through the years. Its first dormitory was built in 1930, and several new buildings were constructed in the 1950s. These included a kitchen, administrative offices, a segregation unit, a facility for storing clothing and a barn. Additional construction in the late 50s and 60s produced a boiler room, canteen, pump house, laundry room, additional dormitory, and a chapel built by prison officials and the Prisoners’ Friends Society in Robeson County.

As the prison system developed, so did the resources available to the RCCC. An operations building, a unit for educational classes and a medical station were constructed in 1974. The 80s and 90s saw additional expansion with a 28-cell segregation unit built by the inmates in 1980 and new dormitories in 1988 and 1997. Government officials provided 100 additional beds to the prison as a result of the Emergency Prison Facilities Development Program, a $28.5 million project that allowed two new housing facilities to be built on the site. The most recent renovation project on the prison’s campus was in 2003, when the inmates built exercises cells outside for inmates held in segregation units.

The Robeson County Correctional Center facility featured a minimum level of security and housed a maximum of 304 offenders. The inmates were involved in a variety of programs such as work-release opportunities, religious programs, volunteer efforts, Alcoholics Anonymous, Narcotics Anonymous, DART Aftercare, library services, health services and vocational rehabilitation programs. Inmates also had access to GED preparation tests as a result of a collaborative effort from the Robeson Community College.

The inmates were transferred to other facilities within the state when the jail closed. One issue government officials are now facing with the RCCC’s closing is how to make up the lost work generated from the inmates’ labor efforts. In addition to the numerous activities the inmates were involved in, the local government and the Department of Transportation relied on 26 inmates for the cost of $1 per day per inmate for various projects. It would cost the county an estimated $750,000 yearly to have employees from the county to perform the same duties. Discussions are currently in progress juggling the idea of relying on labor from inmates in nearby counties.

Although no decisions have been made, officials have been considering using inmate laborers from the Scotland County Correctional Center to help clean trash from the roads in Robeson County. Despite the loss of labor with the RCCC’s closing, officials are doing what they can to continue relying on labor from inmate rehabilitation programs.