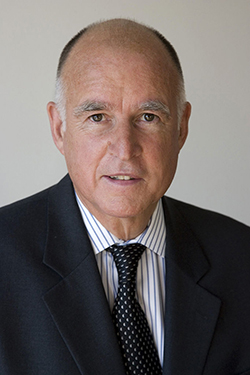 The plan calls for the state to contract inmate beds from out of state correctional facilities and private prisons in order to reduce the inmate population by 9,600 in time for the federal court’s end-year deadline. However, the state will also urge the court to consider an extension to the Dec. 31 deadline in order to invest in what legislators believe will create long-term solutions.

“We’re standing in support of an amended bill that, as it goes forward, will definitely comply with the court’s order regarding our prisons, but it will do so opening up the possibility for a longer term plan that will be more efficient and more balanced but in the short term we will comply with the court’s order by providing adequate capacity,” Brown said. “But we’re asking that the court recognize our commitment to longer term solutions and to consider modifying their order.”

In the past, the governor had been adamant that overcrowding had been remedied as the state has already decreased the population by 43,000 inmates and has placed focused attention on providing adequate medical and mental health care. Setting aside the prolonged debate, Brown announced his new plan alongside several bipartisan supporters.

“We stand jointly together… asking the court to modify its order to allow the state of California the time to invest in amore durable and sustainable solution to our overcrowding problem,” said Darrell Steinberg, D-Sacramento, senate president pro tempore.

Steinberg had previously been critical of the governor’s original plan calling it neither sustainable nor fiscally responsible. Steinberg formulated another plan with fellow state senate leaders to levy an extra $200 million in funds to rehabilitation efforts in exchange for a three-year extension to the court order.

However, with new amendments focusing on rehabilitation efforts given the court grants an extension, Steinberg expressed his support for Brown’s prison population reduction plan.

“This legislation shows the state of California is 100 percent compliant with what the court has ordered, but it also raises the opportunity that we can in the next few years find reforms and changes that will make our system more balanced more cost effective and more humane,” Brown said.

If the courts do not grant an extension, the plan is expected to cost $730 million over the next two years. There is currently no estimates as to how much time would be needed or how much time the court would be willing to give the state to meet the federal demands.

“If the court doesn’t give us the time, then we will spend hundreds of millions of dollars finding additional beds. We’d rather find a combination plan that would achieve I think what the courts would like to achieve but that can’t be done by Dec. 31,” Brown said. “We do need more time.”