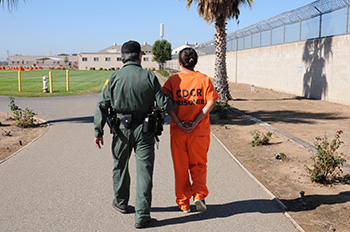 The corrections industry made several headlines in 2013. Perhaps the biggest ongoing story of the year followed the California Department of Corrections and Rehabilitation (CDCR) as it dealt with prison overcrowding mandates. A three-judge federal panel gave California Governor Jerry Brown a strict deadline to submit a solution to reduce the number of inmates, while a mental health facility opened and a former women’s prison converted to an all-male population — both of which helped to relieve the state’s overcrowding issue.

A more corrupt — and quite shocking — story revealed that 13 corrections officers at the Baltimore City Detention Center (BCDC) were involved in racketeering, laundering and having sex with jailed inmates involved in the Black Guerrilla Family (BGF). These two stories were just the beginning though. Read on to remember some of the good, bad and downright ugly news stories that Correctional News readers clicked on the most last year.

2. For Better or Worse: Proxy Marriages End Inmate Marriage in Texas: A new Texas law eliminating proxy marriages, a marriage that involves a wedding in which one party is absent, has ultimately ended marriages for incarcerated inmates. The intention of House Bill 869 was first and foremost meant to put a stop to the ongoing fraud that was often perpetrated through marriage by proxy.

3. Mental Health Facility Opens for California Inmates: The California Men’s Colony (CMC) in San Luis Obispo opened a mental health facility for inmates in July to address serious federal concerns of malpractice in the CDCR. The new two-story $23 million facility is now available to all inmates under the CDCR jurisdiction.

4. Thirteen Corrections Officers Indicted for Racketeering with Gang: Severe corruption was exposed in the Baltimore City Detention Center (BCDC) when 13 corrections officers were indicted for racketeering, laundering and having sex with jailed inmates involved in the Black Guerrilla Family (BGF).

5. Brown Given Stern Deadline to Fix Overcrowding: On April 11, a three-judge federal panel gave California Governor Jerry Brown 21 days to submit a solution to reduce the number of inmates from the state’s 33 correctional facilities. This sparked a series of deadline extensions for the mandated inmate population reduction — the latest being a deadline of Feb. 24, 2014.

While the corrections industry in 2013 embarked on a mission of reducing prison populations, Correctional News predicts some other trends for 2014. Our January/February issue highlights new steps in design, as four prominent architects featured in the Design Roundtable article discuss their focus on creating facilities for rehabilitation programs and mental health populations. Stay tuned for the most up-to-date stories in the coming year.