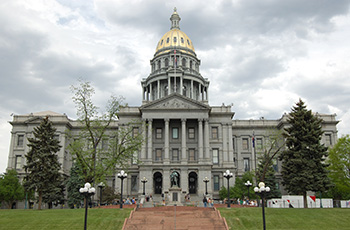 DENVER — A new prison reform bill has been introduced to the Colorado House of Representatives that would potentially improve reentry reintegration and initiatives for adult offenders. The bill was co-sponsored by Republic Representative Bob Gardner of Colorado Springs and Daniel Kagan, a Democrat from Denver.

According to the bill’s current language, it would direct the Colorado Department of Corrections to develop and implement initiatives specifically designed to decrease recidivism. It would also enhance public safety and increase each offender’s chances of achieving success upon his or her release to the community.

Specifically, the bill dictates that on or after July 1, 2014, the department shall develop and implement initiatives designed to assist offenders in preparing for release. The bill also outlines that the state shall assist those offenders with their transition back into the community, and make any necessary operational enhancements to ensure the department has the proper equipment, training, and programs to properly supervise those offenders post-release as a public safety measure.

The bill further stipulates that on or after Jan. 1, 2015, the department will develop and implement a grant program to further support community-based organizations that provide offender reentry services. According to the bill language this could include individualized, risk- and needs-targeting case management plans, development of new pre-release plans and programs, helping offenders better understand parole expectations, and providing transportation services for high-risk and high-needs offenders as a public safety measure.

Despite the directives, the bill was called “well meaning but toothless” by Denver’s ABC affiliate 7News. According to 7News, the bill does outline suggested areas for improvement, and sets reasonable deadlines for policy adoption. However, it does not outline consequences for inaction, and “does not explicitly set any other requirements.”

Representative Daniel Kagan, who is midway through his third term representing House District 3, has devoted much of his time as a legislator to criminal justice. To date he has supported a bill to increase supervision requirements for electronically monitored parolees, and sponsored a bill that would increase access to defense attorneys for juveniles in Colorado courts. He also cosponsored HB 11-1180, which allowed judges to use individualized assessments when imposing criminal sentences that reduce the likelihood of recidivism.

Representative Bob Gardner has also been a voice for criminal justice reform in recent years, and supported a 2011 bill focused on restorative justice

In 2013 the Denver Post reported that state parolees spent an average of just eight months in the community before reoffending. According to U.S. Department of Justice statistics, in 2010 Colorado’s return-to-prison rate was roughly 52.5 percent, the third highest in the nation.