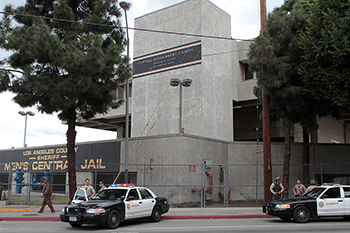 LOS ANGELES — The Los Angeles County Board of Supervisors voted on May 6 to replace the county’s primary correctional facility with a new two-tower structure. The future 4,860-bed Consolidated Correctional Treatment Facility (CCTF) will replace the larger, though rapidly deteriorating, Men’s Central Jail (MCJ), which has long been a target for human rights groups and inmate advocates.

Under this plan the county will also construct a new women’s facility at the Mira Loma Detention Center in Lancaster. Upon completion, that facility will include 1,600 beds in a campus-like environment, and allow the county to convert an existing facility in Lynwood to serve male inmates. The combined price tag for these two facilities is estimated at $1.98 billion. Though they are not intended to directly impact overcrowding, they will greatly improve the level of treatment and services available to mentally ill inmates and those with specific health needs, and help the county meet federal standards.

The current MCJ complex was completed in the 1970s and offers dated and inadequate facilities for inmates with specific health needs. According to the ACLU and the ACLU of Southern California, overcrowding, unsanitary conditions and poor inmate treatment are a chronic concern. A 2012 feasibility study of the facility and subsequent report recommended the county close the facility within two years.

Sacramento, Calif.-based Vanir Construction Management was contracted by the county in April 2013 to develop a comprehensive jail plan. The firm’s initial July 2013 report ultimately identified a number of critical needs including demolition of the MCJ, development of appropriate facilities for mentally ill inmates, restoration of the Twin Towers facility to high-security housing, aligning inmate housing needs with facilities and reducing crowding.

In a follow up report and architectural program issued last month, each of the five jail options Vanir presented included construction of a new correctional treatment facility next to the MCJ, which comprised at least 90 percent of the cost of each option. The CCTF is planned to house and treat inmates with mental illness and substance use disorders and medically fragile inmates. Four of the five options also included development of new, specialized women’s facility.

“The CCTF represents a huge investment for the county, both in terms of onetime capital costs and ongoing operational costs,” Vanir said in its report. “This investment should be balanced against the benefits to the county of reduced risk, reduced recidivism rates, increased public safety, improved healthcare outcomes and better work environment for the thousands of employees treating and caring for the inmate patients.”
Vanir added that the firm envisions the new facility as a “treatment facility for inmates instead of a jail providing healthcare.” The report also notes that maintenance and utility costs for the new CCTF could be expected to be much less than the cost to maintain the current MCJ.

“Throughout the jail planning process our emphasis has been to give the Board of Supervisors the best information possible to enable them to make an informed decision. We are gratified they were able to select an option and move forward” said Rob Nash with Vanir.

In a statement, Los Angeles County Supervisor Mark Ridley-Thomas said, "My primary goal is to reduce recidivism, and effective jail master planning is one component of that process. …What is certain is that [Men’s Central Jail] has to be replaced and a mental health facility must be built," he said.

Opponents to the construction plan say that jail costs will likely run higher than anticipated, and that the county should devote resources to simply improving conditions for mentally ill inmates and those living with addiction. Others have noted that the board should wait until a new sheriff is appointed in December, and until more stakeholders can be included in the planning and decision making process.