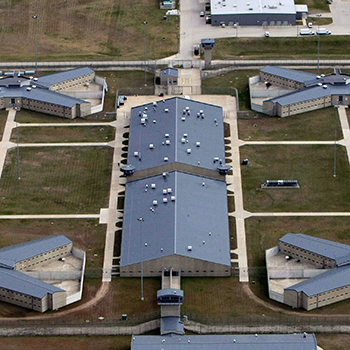 WASHINGTON — U.S. Senator Dick Durbin (D-IL) announced on June 5 that he and other members of the Senate Appropriations Committee had approved $43.7 million for equipment and staffing to continue the activation of Thomson Prison. The FY 2015 Commerce, Justice, and Science Appropriations Bill, which received bipartisan support, also included $15 million for various repairs and modernization projects at the Thomson, Ill. facility.

Durbin championed the project alongside U.S. Representative Cheri Bustos (D-IL), who recently led a bipartisan effort on the House Floor to defeat an amendment that, according to a statement by Durbin, would have denied funds in a critical appropriations bill from being used for Thomson Prison.

“The funding for Thomson Prison approved by the Senate Appropriations Committee today is more good news for our state, and will help relieve overcrowding in our prison system and create good-paying jobs,” Durbin said in a statement. “I commend Representative Bustos for her leadership in the House last week to protect funding for the prison. We have made real progress in moving this project forward, I will continue working with Representative Bustos and the entire Illinois Delegation to see it through.”

“I’m thrilled that one week after the Illinois congressional delegation came together to defeat an attempt to rollback progress on opening Thomson prison that we’re now celebrating bipartisan action to move this job-creating facility another step closer to reality,” Bustos said in a release. “Thomson prison will not only be an economic boon for our region of Illinois, but its opening has the potential to save lives of correction officers jeopardized by the current overcrowding in our nation’s prison system.”

In March 2014, Durbin and Bustos announced that the Department of Justice’s Bureau of Prisons had committed more than $53 million in funding to the activation of Thomson Correctional Center in Thomson, Illinois. Congress approved the funding in January as part of the Omnibus Appropriations bill for FY 2014. Of this funding, $10 million is designated for renovation while the remainder will be used for staffing and equipment purchases and upgrades.

In anticipation of these costs, Durbin and Bustos sent a letter to President Obama in February requesting the necessary funding for the second year of activation of the Thomson Correction Center be included in his fiscal year 2015 Budget. The full re-activation of Thomson prison is expected to cost $25 million for upgrades and renovations and approximately $170 million for equipment and staffing.

The then state-of-the-art Thomson Prison was completed in 2001 by the State of Illinois to house maximum-security offenders. However, the majority of the prison remained vacant and the facility has been sitting empty for more than a decade. The facility was constructed on a 146-acre piece of land and features 1,600 beds with eight compartmentalized units.

The reopening of Thomson is also expected to have a considerable economic impact, and could create up to 1,100 new jobs for residents of Lee, Ogle and Whiteside counties. Additionally, state officials have estimated that the facility could generate more than $122 million annually through payroll and operating expenses. Local business sales have already been projected to net an additional $61 million for the area.