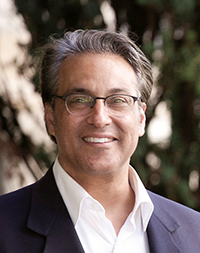 Sheriff Ross Mirkarimi told the San Francisco Chronicle that current prison calling rates are exorbitant and are contributing to recidivism and impacting inmates’ families. "The bottom line is we are bleeding poor people, who make up a high majority of people in our jails, and of those waiting for them on the outside," Mirkarimi said. "If this is causing them the choice between staying in touch with their loved ones or putting food on the table, it’s self-defeating and a bad covenant."

High calling fees can also impact an inmate’s ability to speak with an attorney. Though calls made by San Francisco inmates to public defenders are free of charge, calls to private counsel are not.

Under the amended contract, local call prices will drop by roughly 38 percent, while long distance call charges will drop 70 percent. According to the San Francisco Sheriff’s Department, a 15-minute local collect or pre-paid collect call will decrease in price from $4.45 to just $2.75. A 15-minute, in-state long distance call will cost just $4.05, a marked decrease from the previous $13.35.

Typically correctional facilities collect a portion of these phone charges, or receive added commissions from telephone service providers. These charges often go to support inmate programs and facility operations, such is the case with San Francisco’s Inmate Welfare Fund. Though the department will continue to receive at least $40,000 monthly payments from Global Tel*Link, payments to the welfare fund will decrease from $100,000 annually to just $68,000. However, the sheriff projects lower rates will result in an up to 20 percent increase in calls, which will cover a portion of the difference.

An FCC decision made earlier this year significantly reformed interstate Inmate Calling Service (ICS) rates and billing practices in prisons across the nation, in an effort to ease financial strain on inmates’ families. As inmates’ calling methods are limited, and they often have no choice in their long distance provider, the previously unrestricted long-distance rates posed a financial burden.
As of Feb. 11, 2014, the FCC capped interstate calls at $0.25 per minute for collect calls and $0.21 per minute for calls made via debit or pre-paid cards. A 15-minute call under these fixed rates would cost $3.75 and $3.15 respectively, higher than the prices Mirkarimi has secured for San Francisco inmates. Additionally, the new FCC rules prohibit providers from including commissions in their total phone rates, and charging additional fees for Telecommunications Relay Service equipment used by those with hearing and speech impairments.

In August 2013, prior to the FCC ruling, the Los Angeles Times reported that the prison phone market brought in $1.2 billion annually. Higher fees charged by prison service providers have been attributed to security measures such as restricting numbers, screening calls and blocking three-way calling.