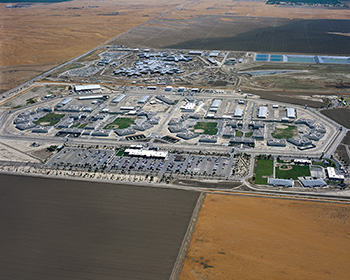 SACRAMENTO, Calif. — A lawsuit was filed in federal court in Sacramento on July 14 against the state of California on behalf of 58 current and former inmates who contracted Valley fever while serving time in one of the state’s Central Valley prisons. The lawsuit accuses the state of knowing for years that the incurable disease was being spread throughout Central Valley prisons, but did nothing to address the problem, reported The Sacramento Bee.

Valley fever is an infection caused by a fungus in the soil that can get into the air and is then inhaled when people breathe. Symptoms of the disease include fatigue, fever, cough, night sweats, a shortness of breath and a rash on the upper body or legs. Some inmates, particularly Filipinos, African Americans and Latinos, are more susceptible to severe illness after contracting the disease than others. Inmates with health problems such as diabetes or HIV also are more prone to greater illness if infected. Lawyers for the inmates said in court filings that state officials knew some prisoners were at an elevated risk of contracting the disease, and that those inmates should never have been housed at Pleasant Valley or Avenal state prisons, but were placed there anyway.

Hundreds of inmates have contracted the disease in recent years in the state’s Central Valley prisons, and it has contributed to the deaths of more than 30 inmates since 2005. The state has imposed on inmates “a lifelong, crippling and sometimes fatal disease in addition to their lawfully determined sentences,” the suit claimed.

The state spends more than $23 million each year — $9 million for hospital care, $2.4 million for antifungal care and $12 million to guard the patients — in order to treat inmates stricken by the disease. It may end up spending more in the lawsuit, which seeks monetary damages to offset the medical costs that inmates will have the rest of the years. Those costs amount to $5,000 a year for antifungal medication to keep the disease in check, $1,000 annually for testing and $25,000 in hospitalization expenses for inmates with the worst infections, according to The Sacramento Bee.

The lawsuit was filed two weeks after the federal Centers for Disease Control and Prevention issued a report that recommended testing all inmates eligible for housing at Pleasant Valley and Avenal state prisons — the two that have had the most inmates stricken by the disease — to identify those who might be susceptible to the disease.

The respiratory disease is common in Central California, especially in the San Joaquin Valley. As such, the department said it has worked diligently for years to address the problem.

“CDCR has been working to mitigate Valley fever for years,” spokeswoman Deborah Hoffman told The Sacramento Bee in an email. “We have put in place numerous measures in our prisons to reduce the amount of dust and the movement of dust, particularly into buildings.”

Hoffman added that the department is now considering the findings in the CDC study.

This is not the first lawsuit to be filed against the state on behalf of inmates with Valley fever. Last year, lawyers filed a class-action lawsuit representing inmates at both prisons. At that time, U.S. District Judge Thelton E. Henderson barred the state from housing inmates who are susceptible to the Valley fever in the prisons where the disease is most prevalent.