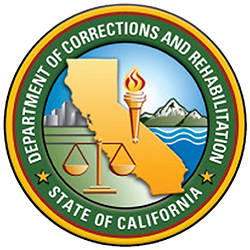 SACRAMENTO, Calif. — California Gov. Jerry Brown recently signed a bill prohibiting forced or coerced sterilization in all state prisons. The bill, SB 1135, was a response to a 2013 Center for Investigative Reporting report that stated unlawful and coercive sterilization procedures had been performed on female inmates in two state prisons as recently as 2010.

The center’s report stated that doctors under contract with the California Department of Corrections and Rehabilitation (CDCR) sterilized nearly 150 women between 2006 and 2010 without required state approvals. The center claims that the state paid doctors more than $147,000 to perform the procedures between 1997 and 2010, according to a state prison medical services database. The procedures were carried out at the California Institution for Women in Corona and the Valley State Prison for Women in Chowchilla.

In response, SB 1135 will add a section to the state’s penal code prohibiting sterilizations by way of tubal ligation, hysterectomy, oophorectomy, salpingectomy or any other means in correctional facilities for the purposes of birth control. However, prison medical staff may still carry out the procedure in cases when a patient’s life is in immediate danger or the procedure “is deemed medically necessary, as determined by contemporary standards of evidence-based medicine to treat a diagnosed medical condition.”

Less invasive measures to address the identified medical need must also be deemed nonexistent, refused by the patient or unsuccessfully attempted before sterilization is considered appropriate. Additionally, the bill requires that a second independent physician must consult with the patient about the effects of the procedure before it is carried out and that counseling must be provided to the patient.

Following the bill’s passage, the CDCR will now be required to publish an annual report on its website releasing data related to the number of sterilizations performed, disaggregated by race, age, medical justification and method of sterilization.

“Pressuring a vulnerable population into making permanent reproductive choices without informed consent is unacceptable and violates our most basic human rights,” said California Sen. Hannah-Beth Jackson of the 19th District in a statement. “This bill will help ensure that forced or coerced sterilizations never occur in our jails and prisons, and I’m very pleased that the governor has signed it into law.”

“No one should have their opportunity to be a mother taken away or decided for them,” added Kelli Dillon, who experienced sterilization abuse at the age of 24 while in prison in California and now works as a domestic violence counselor and gang interventionist, in a statement. “This bill will protect the rightful reproductive capacity of women inside prison.”

SB 1135 was drafted by Golden Gate University Professor Cynthia Chandler and co-authored by the current chair of the Legislative Women’s Caucus, Assembly Member Bonnie Lowenthal. Jackson first introduced the bill to the Senate in February 2014, where it received unanimous bipartisan support.

"The governor’s signing of the bill is one, first, great step toward accountability in this gross instance of abuse of women," Chandler said in a statement.

The bill can be read in its full text here.