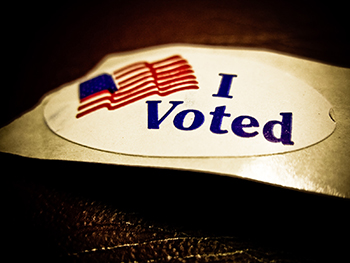 SACRAMENTO, Calif. — A California state proposition that reclassified six felony offenses as misdemeanors passed on Nov. 4 with a 58 percent vote, and now has public defender and defense attorney lines ringing off the hook.

The retroactive Proposition 47 reduced “nonserious and nonviolent property and drug crimes” including shoplifting, grand theft, receiving stolen property, drug possession, writing bad checks and certain forgery offenses into misdemeanor crimes. Those with prior convictions are now eager to be resentenced, and those who have already completed their sentences can now petition the courts for a downgrade. Speaking with The San Francisco Appeal in June 2014, former prosecutor and Executive Director of Californians for Safety and Justice Lenore Anderson said as many as 10,000 current inmates will now be eligible to seek resentencing.

However, the new law also requires that a “thorough review” of an individual’s criminal history, as well as a risk assessment, be conducted prior to resentencing. Prior convictions for more serious crimes like rape, murder or certain gun crimes may make an individual ineligible for the sentencing downgrade.

The new was largely applauded as a step toward ending punishment for “crimes of poverty” and reducing strain on the state’s prisons while keeping those convicted of more violent and severe crimes behind bars. It received the support of a number of state and local officials like Lt. Gov. Gavin Newsom and San Francisco District Attorney George Gascon. Many of the state’s major newspapers, the ACLU, a number of religious and social leaders, and several victims’ rights groups also supported the initiative. These proponents touted the bill’s diversion of funding to prison and K-12 initiatives and argued that it protects public safety by focusing law enforcement resources on serious crimes.

Proposition 47’s passage also created the Safe Neighborhoods and Schools Fund, which will receive appropriations based on savings accrued by the state in the bill’s first fiscal year. Estimates have put that savings at between $150 million and $250 million, according to Ballotpedia.org. Twenty-five percent of those funds will be earmarked for the Department of Education and dedicated to truancy and dropout prevention, while 65 percent will be reserved for drug and mental health treatment programs through the Board of State and Community Correction. California’s Victim Compensation and Government Claims Board will receive the remaining 10 percent.

In its endorsement of the proposition, the AFL-CIO said, "The impact of mass incarceration can be felt on neighborhoods, families and individuals across the nation. As a result, many already-impoverished neighborhoods have lost thousands of working-age men and women whose lives are forever affected by mass incarceration…” The organization added that Proposition 47 will reduce the impact of a felony conviction on communities, including increasing access to the ballot by those who have been disenfranchised, and will reduce barriers to unemployment insurance, social services and housing brought about by felony convictions.

However, opponents like U.S. Senator Dianne Feinstein have argued that Proposition 47 will now make it possible for reclassified felons to purchase firearms and will make it easier for those who fall under the state’s Three Strikes program to gain early release.

On its website, the National Association of Drug Court Professionals added that the proposition “provides for virtually no accountability, supervision or treatment for addicted offenders” and “removes the legal incentive for seriously addicted offenders to seek treatment.”